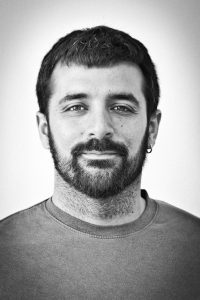 I knew about Jordi Borràs by accident while during 2018’s spring a friend of mine took me to Can Battlò, a huge self-managed cultural platform in Barcelona, where Jordi was presenting his recently released book “Dies que duraran anys” (Days that will long years). In his speech, he spoke about how the catalan political situation had developed during the last few years and explained in first person how he lived it, not only from behind his camera but also from a quite personal point of view.

At this stage I did know nothing about who Jordi Borràs was; that day I did not have the chance to have a look to his book and moreover the speech was in Catalan (that I could understand but always it makes things just a little bit more difficult), so I decided to follow him on Instagram and keep an eye on this talented local photographer (or photojournalist as he defines himself).

Time passed by, and now and then pictures from Jordi where coming up in my instagram’s feed. At this point I must be 100% honest, and I have to say that Jordi’s photography does not out-stand because of being extremely original in compositions, having pin sharp corners or from having high impacting color or contrasts (Please note I said extremely). Jordi’s pictures are so valuable because of the story they tell, the situations in which they were taken or the implications that the scenes or photographed people may have in Catalonia’s political history and development.

Other social media from Jordi Borràs

So, who is Jordi?

One of the facts that most inspires me about Jordi is that even he studied illustration he is an autodidact photojournalist. This is very encouraging as, similarly, I have learnt about photography all on my own. This is definitely a huge motivation to keep working on this project.

Last few months have been very intense from a political point of view in Catalonia and specially in Barcelona, and as expected Jordi has been there to document it. Many demonstrations and riots have happened in the city after the Spanish Court set between 9 and 13 years prison condemns for the Catalan political leaders that organized the referendum back in 2007. Of course Borràs was in the first line and delivered an extremely impacting set of photographs from the very first line of the action.

Borràs collaborates as freelance photojournalist with different media such as El Món, Crític or Argia, a weekly basque magazine. He has also published in many international papers as Associated Press or The Guardian and has been awarded many prizes related to his work.

Since 2013 has published a total of 6 books all of them related to the topics he is specialised on (you can find all of them on his webpage www.jborras.cat).

Summarising, a must-follow if you are interested in the current social and politic situation in Catalonia, right-wing movements all around Europe or you like meaningful and significant photography (and journalism).