☑ Trips and my favourite picture

☑ End of the project, end of the adventure

Few months went by since I had the idea of this collaboration until I actually contacted the NGO for the proposal. All this time, in an unconscious way, my mind little by little elaborated the motivations that later I’d use as the base to develop the project. It was a while that I was thinking in collaborating on a social initiative and the combination of travel and photography was being one of my passions in the last months. A small NGO that I knew and that worked in Ethiopia sounded like the perfect match for my ambitions; without hesitating much more I dared to drop them an email.

“This has been no doubts the hardest photographic project I have developed to date.”

In addition to spending some time working for a good cause, visiting a continent that I had never been before or enjoying some holidays out of the ordinary, there was a motivation in my subconsciousness that I was not daring to admit. Not much time had passed since I had re-started my photographic project and probably I still was not confident to say that one of the things that I wanted to do and that felt like challenging was to practice street photography in a developing country. 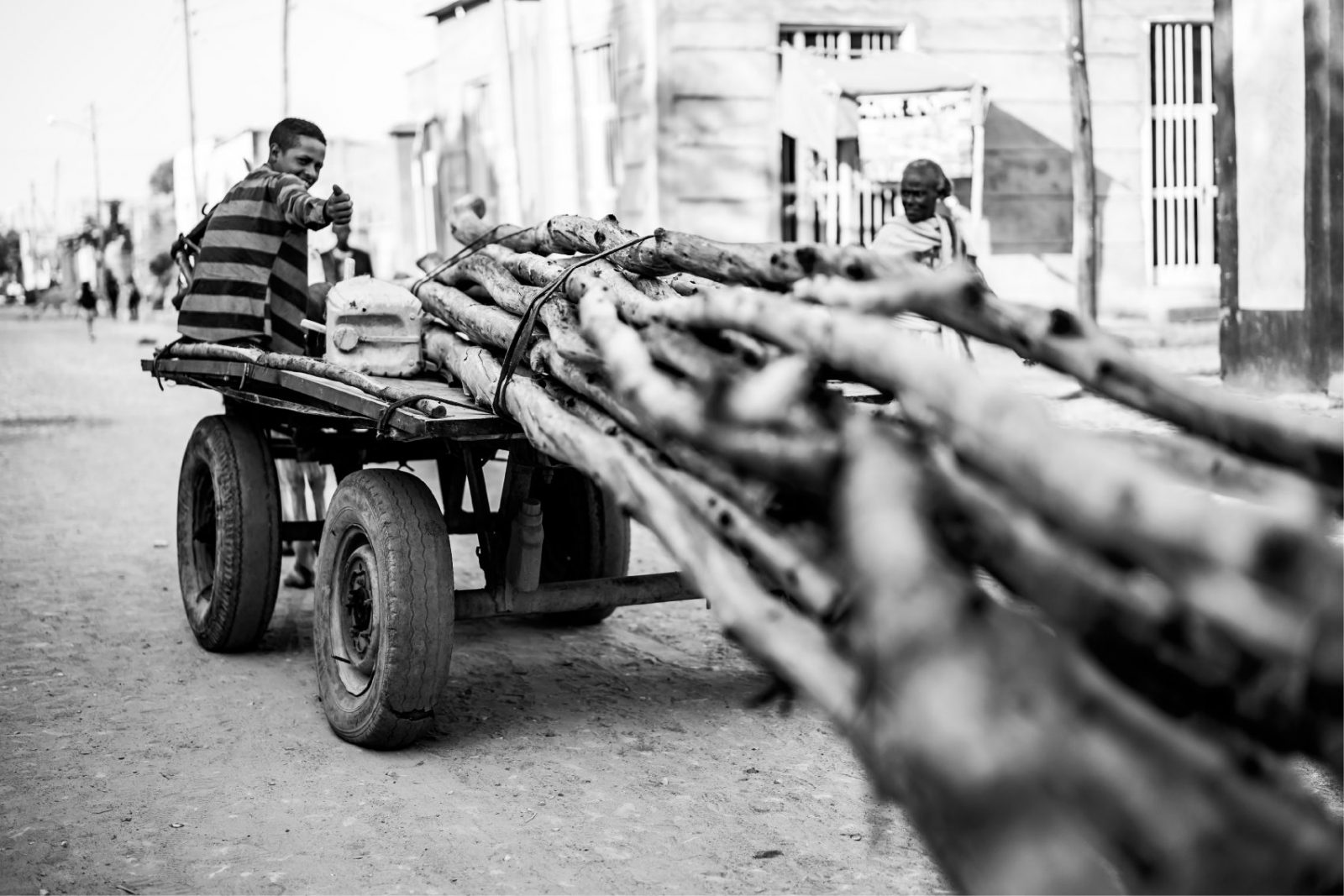 The day I arrived, in the afternoon, I went out for a walk to start discovering the city. Without even taking the camera out of my bag I walked in circles, not to get lost, around the building were my colleagues Ana and David were working. At this point I realised how difficult photography was going to be in Ethiopia.

Street photography, by its nature, involves more difficulties than other styles, as it is all about portraying ordinary people in an extraordinary way. Unlike other practices the spontaneity is one of the keys, so photographs are never prepared nor there is a consent of the subject to be photographed. Therefore, when you walk in Barcelona, Paris or any other European big city, it is very easy to camouflage in the anonymity that the condition of being a tourist gives you, doing as if you were photographing the city.

Soon I realised that in Ethiopia things were going to be different. There, the main attraction weren’t the postmodernist buildings, but a white foreigner to whom all the glances were directed at. So many times this stranger was called from the bars and sidewalks, with a tone between complicity and joke: 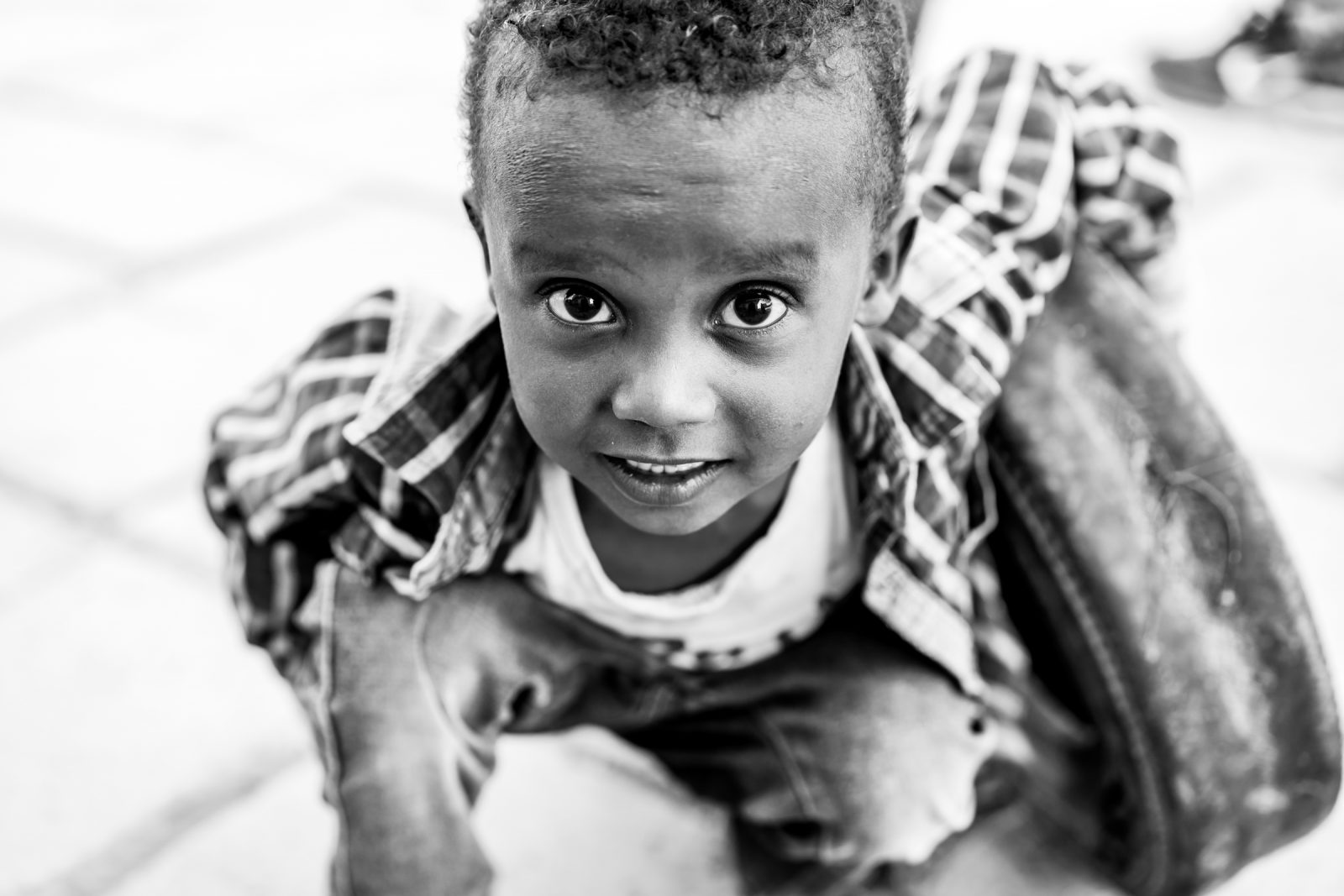 “The sensation was weird; without my camera, I could only observe, however, I was the most observed one…!

In spite of being in this situation, I carried with me something that we could call “will”, or better “pressure”, of doing a good job, of coming back from Ethiopia with a bunch of good pictures. From the second day on the motivation had to overcome fears and I walked, camera in hand, the streets of Mekele and Wukro, in Aksum or through the desert of Danakil, after the best photographs I could get. 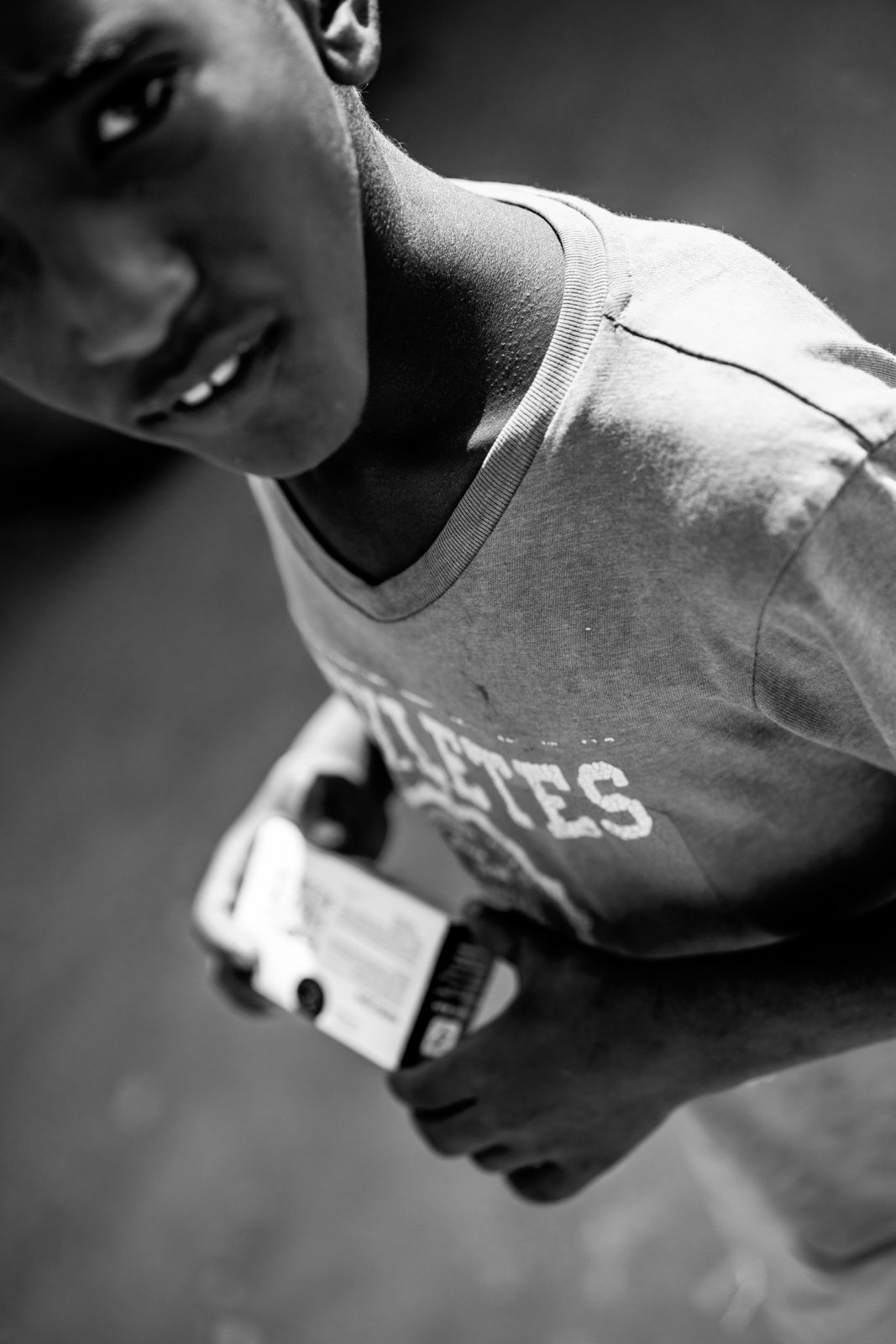 The moral and your opinion

Even though we collaborate with an NGO, try to do our best or working from our greatest intentions, the fact that the value of my camera could be enough for a family to live for a few weeks in Ethiopia questioned all these premises. The motivations that take ourselves to engage in this kind of activities are fine, but, do we do it honestly in a genuine way or do we do it just for ourselves? Do we really help with cooperation or is it a way of feeling better ourselves?

There were days where I wandered alone in Mekele for hours: visiting markets, streets, the university or neighbourhoods at the outskirts; all this time, questioning all these ideas was inevitable for me. I intensely observed, photographed unknown people without their consent and I even portrayed kids, images that certainly generate emotions; but, even though this is something I love doing, I cannot stop asking if this kind of photography is within the limits of the moral. I did not want to write my thoughts without a clear opinion, but I don’t find one, so that’s why I left a free text area, where you can share yours. Hopefully, if I gather enough, I will write a post about moral in international cooperation focused on photography.

“When you take a picture, you are taking something” 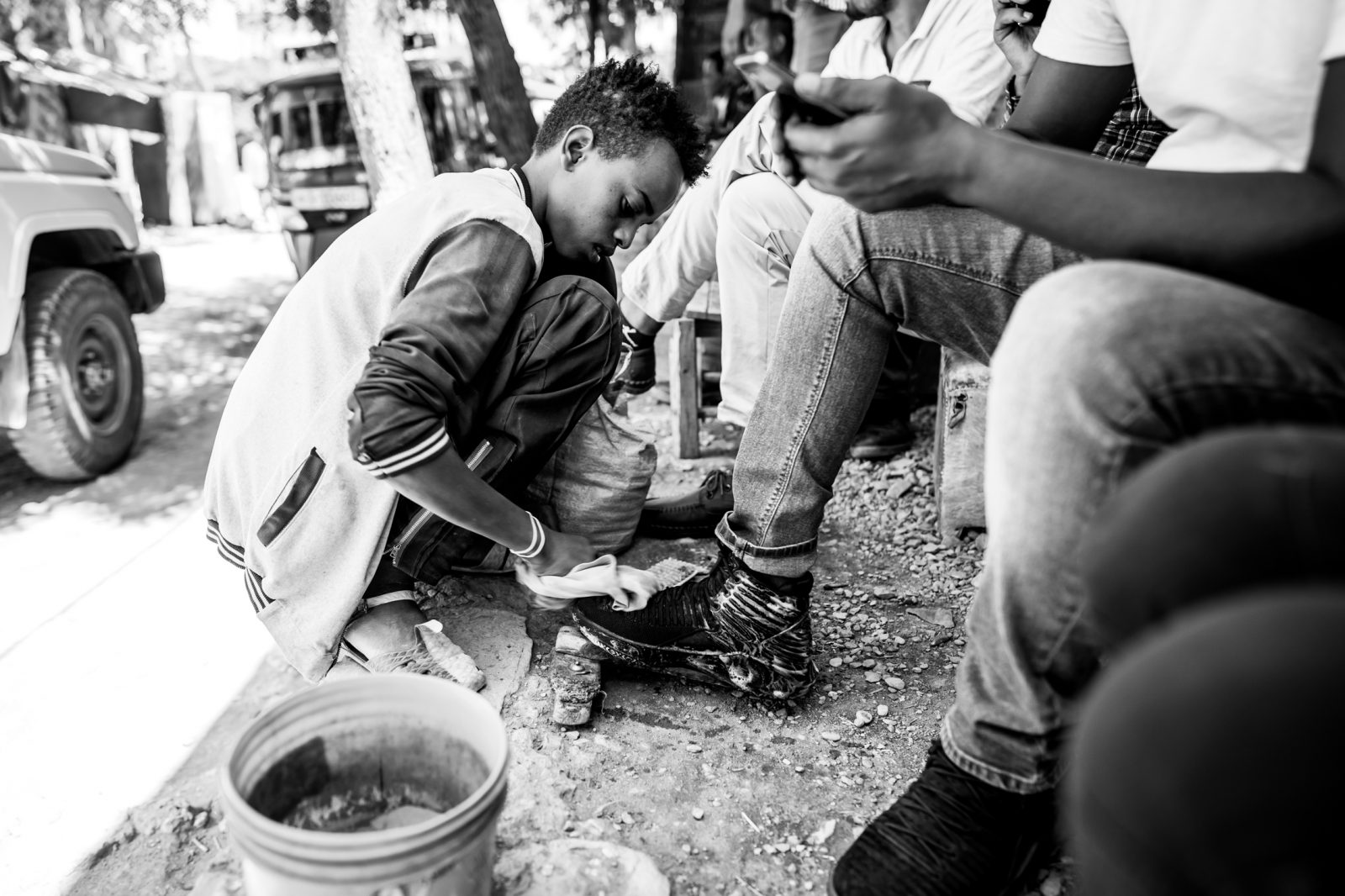 Trips and my favourite picture

Although I had nothing planned, it would had been a pity to go as far as to Ethiopia to only visit one city. In any case, at the drop of a hat, I had the opportunity of visiting Abuna Yemata, a church carved in the rock on top of a mountain and to go on a trip to the depression of Danakil, one of the lowest and inhabitable places in the world.

The second day after my arrival it was Friday and we met in order to have some drinks. That was when I met Conchi and Elena, two physicians from Madrid that were providing trainings to midwives at the hospital. They had already arranged a weekend trip to Aksum, in the north, to visit Abuna Yemata on Sunday. It was a great opportunity to visit one of the iconic attractions of the area, so without hesitating I decided to join them.

The drive between Mekele and Aksum was striking: almost 5 hours through no-ending mountainous landscapes with terraced hillsides. We passed many towns and villages and came across lots of wanderers that walked on the sides of the road. This was the trip where I got my favourite picture among all: it was in a stop we did in front of the Adwa Mountains, also known as Hatsure Tsion (The Fences of Zion).

In order to reach the cavity where the church was, carved in solid rock on the top of the mountain, we had to climb some walls, even using rope and harness because of the difficulty and danger. Once on the top, there was a 5 meters long corridor but barely 1m in width, without any handrail or security to save you from the fall of tens of meters on the left.

I’ve found an impressive video of Abuna Yemata on the internet so you can better understand what I’m talking about:

For my second and last weekend I booked a tour to the depression of Danakil, a salty desert around 120 meters below the sea level, which makes of the place one of the most inhospitables of the world. The prove of it are the temperatures I noted down in my journal: 42ºC (107,6 F) at 6:45pm and 33ºC (91,4F) at 6am. The night we slept in the desert we did it in a hammock in the open air, no blankets, under a starry sky. 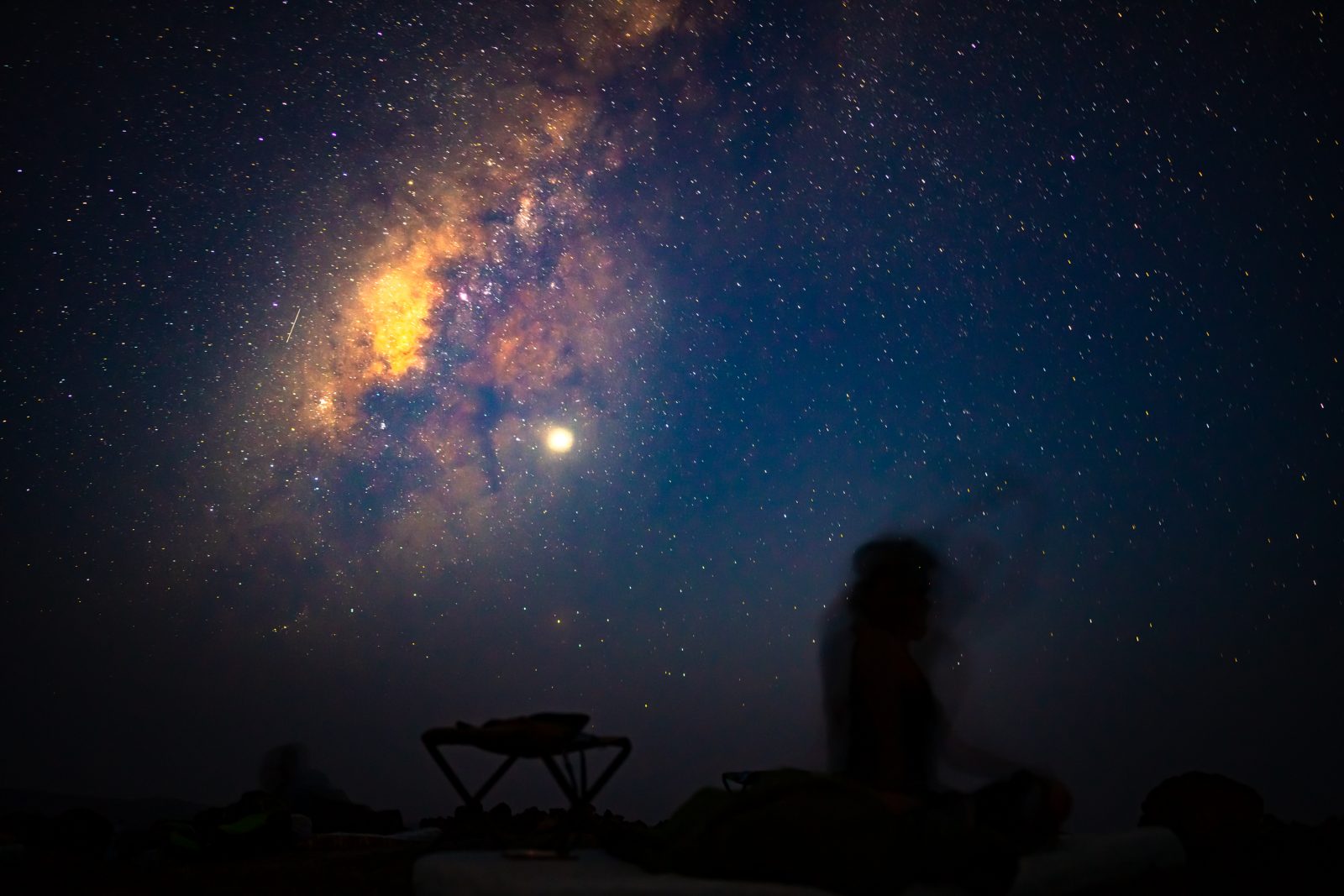 Guided by a guard in flip flops and carrying an AK-47, we visited an are of hot springs (but extremely toxics because of the very high contents in sulphides and metals). From there we headed in a 4×4 to a volcano, crossing in our way a wide sabana where we saw ostriches and gazelles, accompanied by sand and dust tornadoes that appeared randomly anywhere. We spend the second nigh in the smoky hillside of the Erta Ale volcano and visited the crater in the dawn. The reckless guides, few centimetres from the cliff, offered their hand to lean out and see a small part of lava in the very bottom, covered most of the time by the incessant smoke. 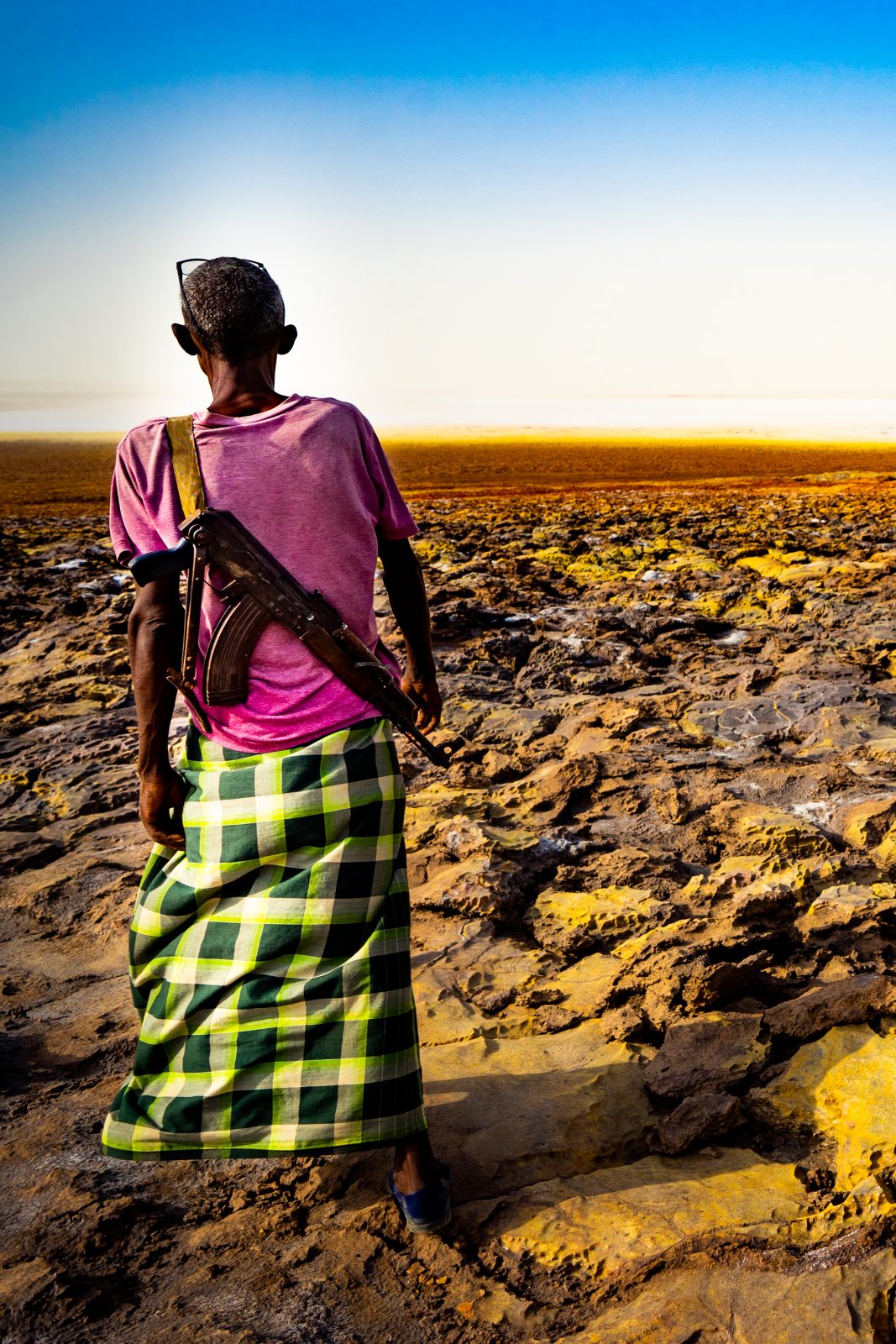 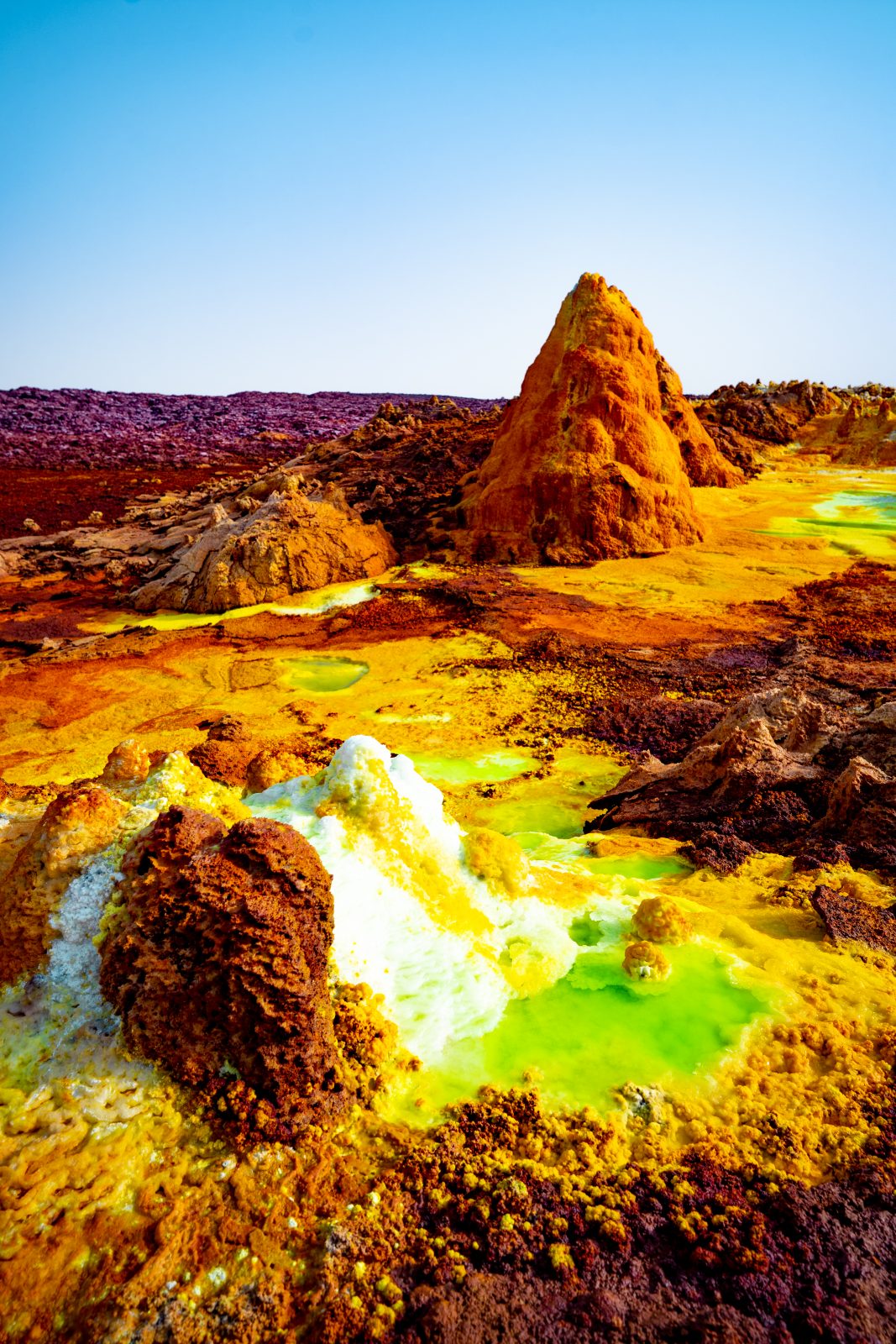 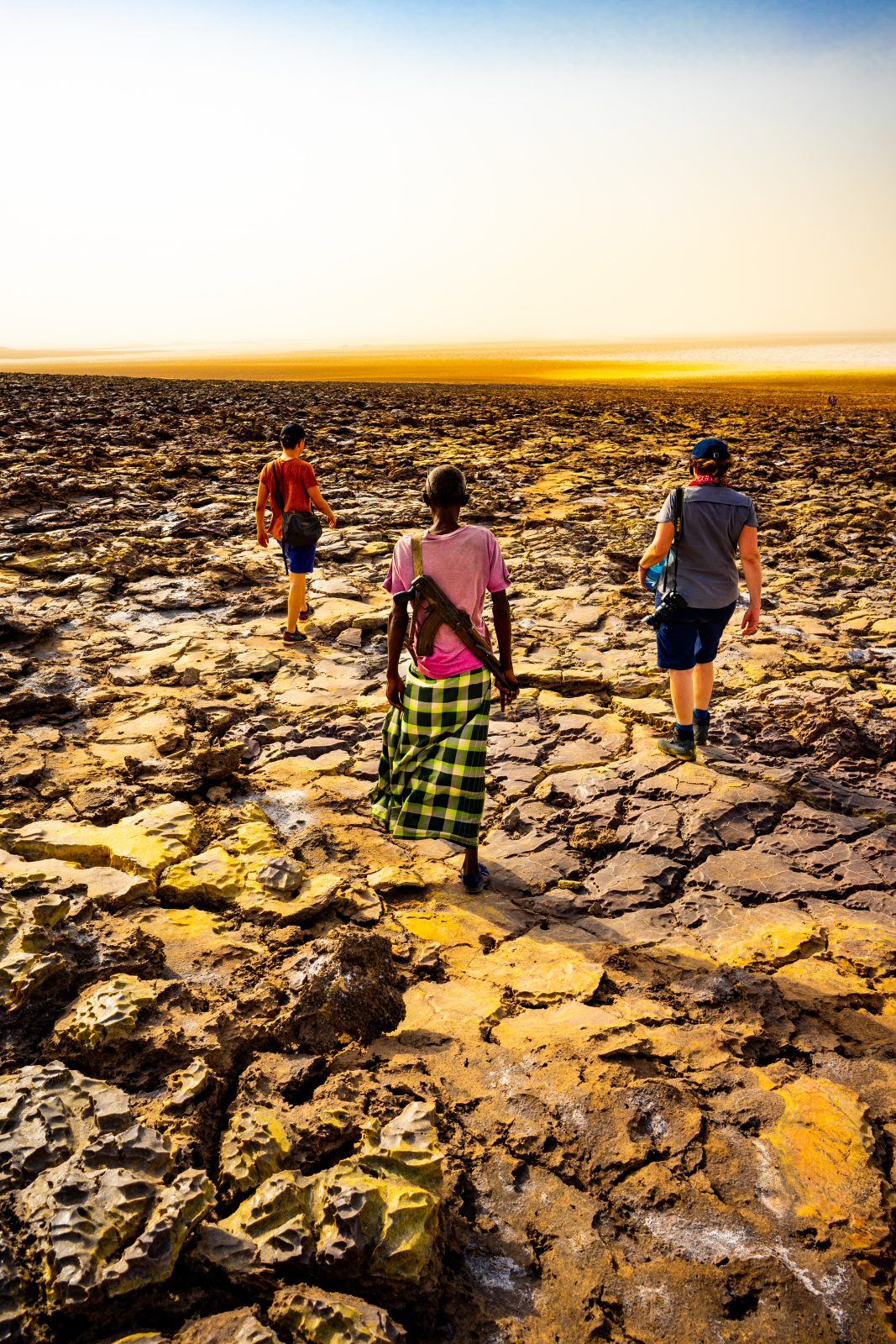 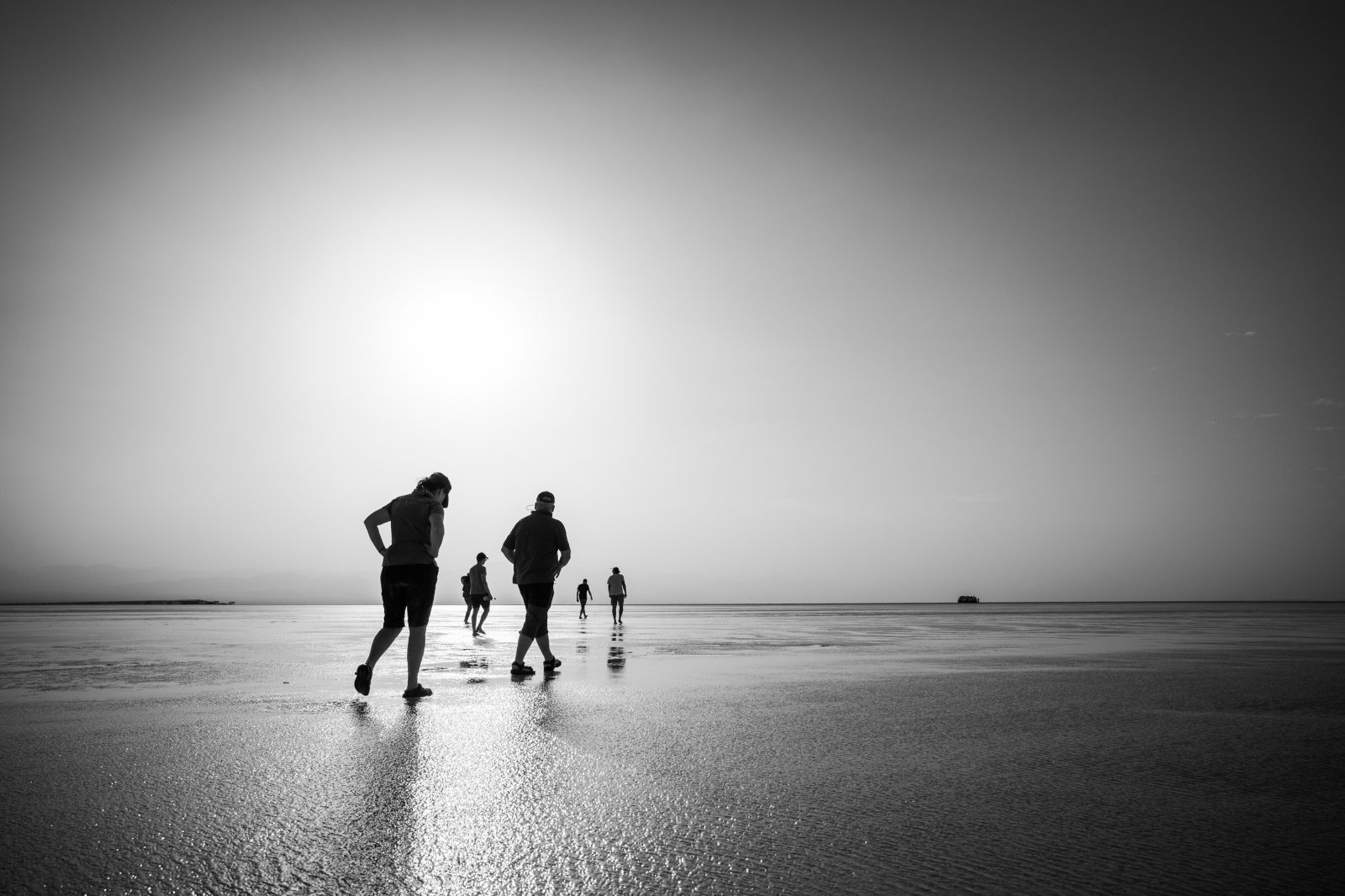 To finish, I thought it was interesting to include in the post one of the facts that most surprised me while preparing the trip, when one of my friends told me: “Ethiopia, the promised land of rastafarians!“

Around 1920, Marcus Garvey, lider of the panafrican movement and one of the national heroes of Jaimaica, used to speak about an african kind that was about to come in the future: “Look to Africa, where a black king will be crowned and will become the salvator.”

The 2nd of November 1930, Ras Tafari Makonnen was apopinted emperator Haile Selassie I, what for many meant that Marcu’s profecy was true and that Selassie was the mesias that he predicted. Rastafarians named the movement because of Ras Tafari and thought of him as the god’s (Jah) presence on the earth.

Source and +info (in spanish): https://www.derasta.com/rastafarismo/

End of the project, end of the adventure

Almost a year went by since my adventure in Ethiopia and it’s already time to close the project. Even though at the beginning of the year we had an exposition prepared with 38 pictures and explicative posters, the situation in the last few month has not allowed as to show it. We will try it again when thing are back to normality, but if you are interested on it or you know about someone, please contact us in the contact form at the bottom! 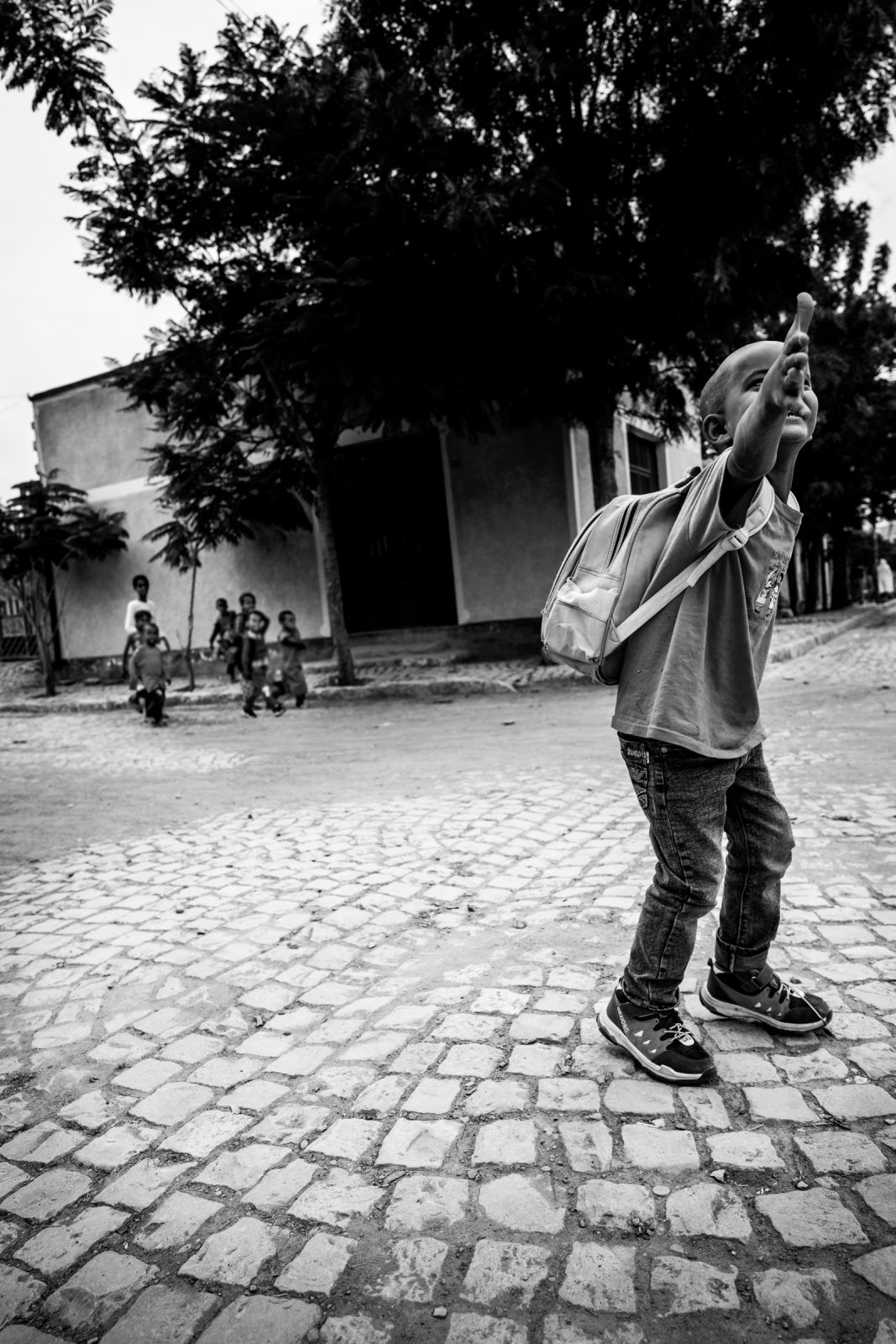 Also let me remind you that all the pictures that you see in the posts are for sale, being all the benefits for the NGO (www.etiopiautopia.org), so they can continue working on this kind of humanitarian projects in the Tigray area of Ethiopia.

This is the last article of the Ethiopia series and I wanted to finish with some words of gratitude: to the Etiopia Utopia foundation, for giving me the opportunity of being on board of this adventure and in special to Garazi, for supporting me in everything and responding to all my questions, which many times were reaching her in untimely or out of working hours.