Skip to content
The Full Moon Project – Part I

If you have followed my latest Instagram stories, you will have found that I’ve been chasing the moon for a while. Last Sunday February 9th was full moon, and I deceived some of my friends in order to walk to the Barceloneta beach and watch the show.

But the story begins so much earlier. As every christmas I went back home to spend my holidays with my friends and family. As usual, my uncle came and brought in the topics he loves to discuss: if the earth is flat, wether they actually reached the moon or if everything about satellites is a lie.

Of course he asked me about my photographic projects, and this time told me he had been trying to photograph the moon – without success. Knowing that I am pretty involved in taking pictures and that last year I gathered all the old equipment from his and my dad’s drawers, he challenged me to get the sharpest picture of the moon I could.

This time, and before starting, I’m not sharing a picture, but a song of one of my favourite groups that I’ve had in my mind during the last few days while thinking about this mini “fool”-moon photographic project. Play it while you read for the full experience :-).

As you may know, most of the time I shoot with my 55mm 1.8 or the 24mm 1.4. Being these prime lenses and quite wide angels to shoot the moon, I thought it was a good idea to dust off some of the stuff I had recovered from my dad and uncle’s protographic graveyard. They were amateur photographers in the old analogic days and have kept all the materias – unused for a while – as relics.

Among other stuff, I got a Canon 100-300 5.6 and a 2x duplicator, which together make an impressive 200-600mm zoom lens. In order to use this in my much modern Sony A7, I had to add an adapter to the bundle, thus the impressive 35cm long setup. 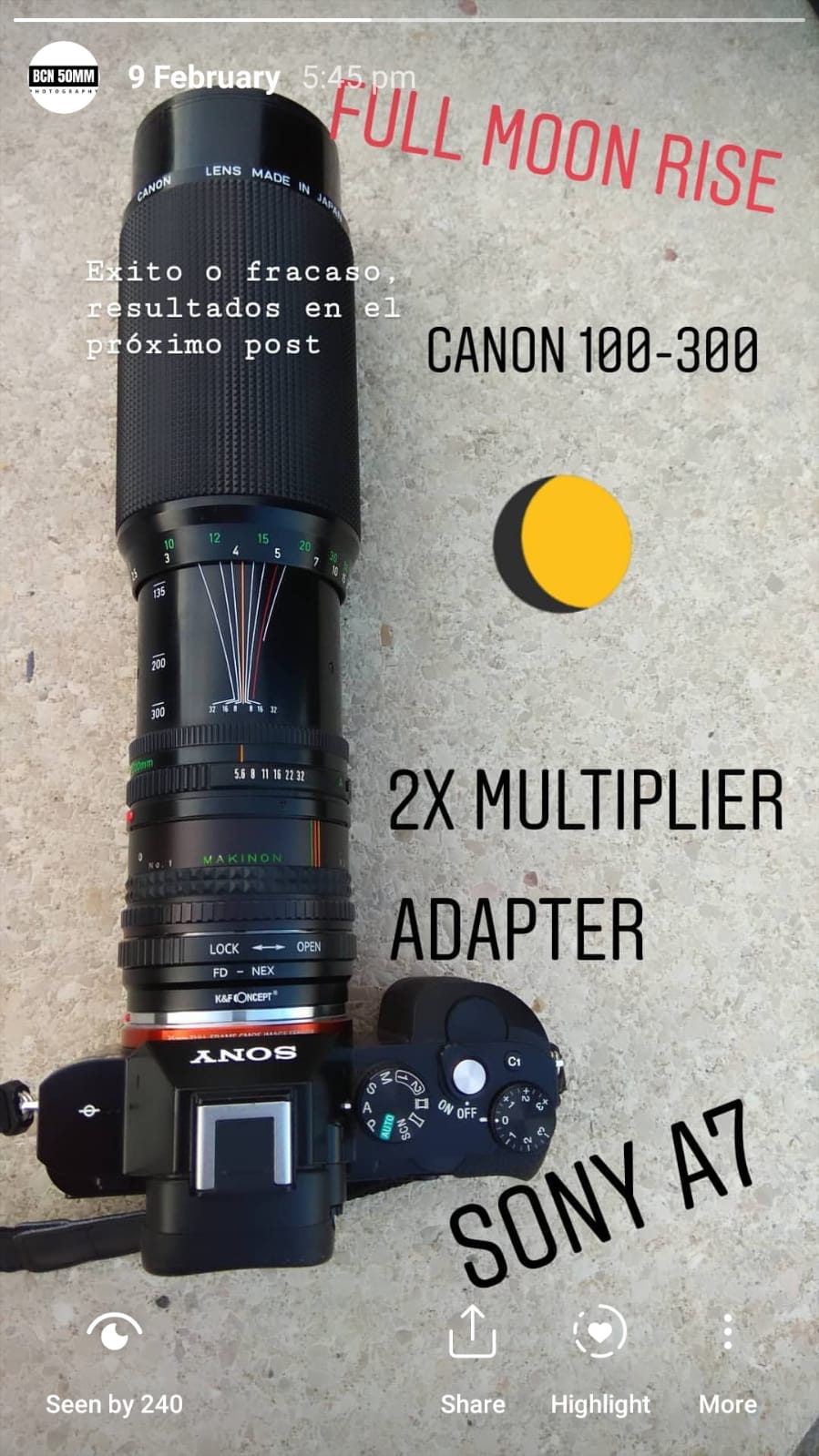 To the moon and back

Even this is a phrase one of my ex-girlfriends used to tell me, let’s focus on the present. Last Sunday it was sunny in Barcelona, but by the time the sun went down (and the moon was expected to rise) it was windy and freezing cold. At 18:35 we were in the seaside and all my friends were blaming me. From my research, I knew the full moon was rising at 18:34 from the north east but there was nothing going on.

Did the moon forget to come?

It did. Few friends started to leave, and the bravest ones waited around 20 minutes more. Loosing all my arguments and concluding that there should be too much fog or that the moon should be coming from behind the land in the north, we gave up.

Everyone knows that photography is like fishing, all bout patience, and I usually prefer to go on my own to take pictures because of that. I don’t know what would have happened if I had been alone, but definitely group pressure had an influence on the decision of leaving xD. No hard feelings, my friends!

I had to leave without my price:

I wasn’t going to give up so easily, so the next day I took my backpack again and walked up to Park Güell, decided to capture the moon. This time I got my price: 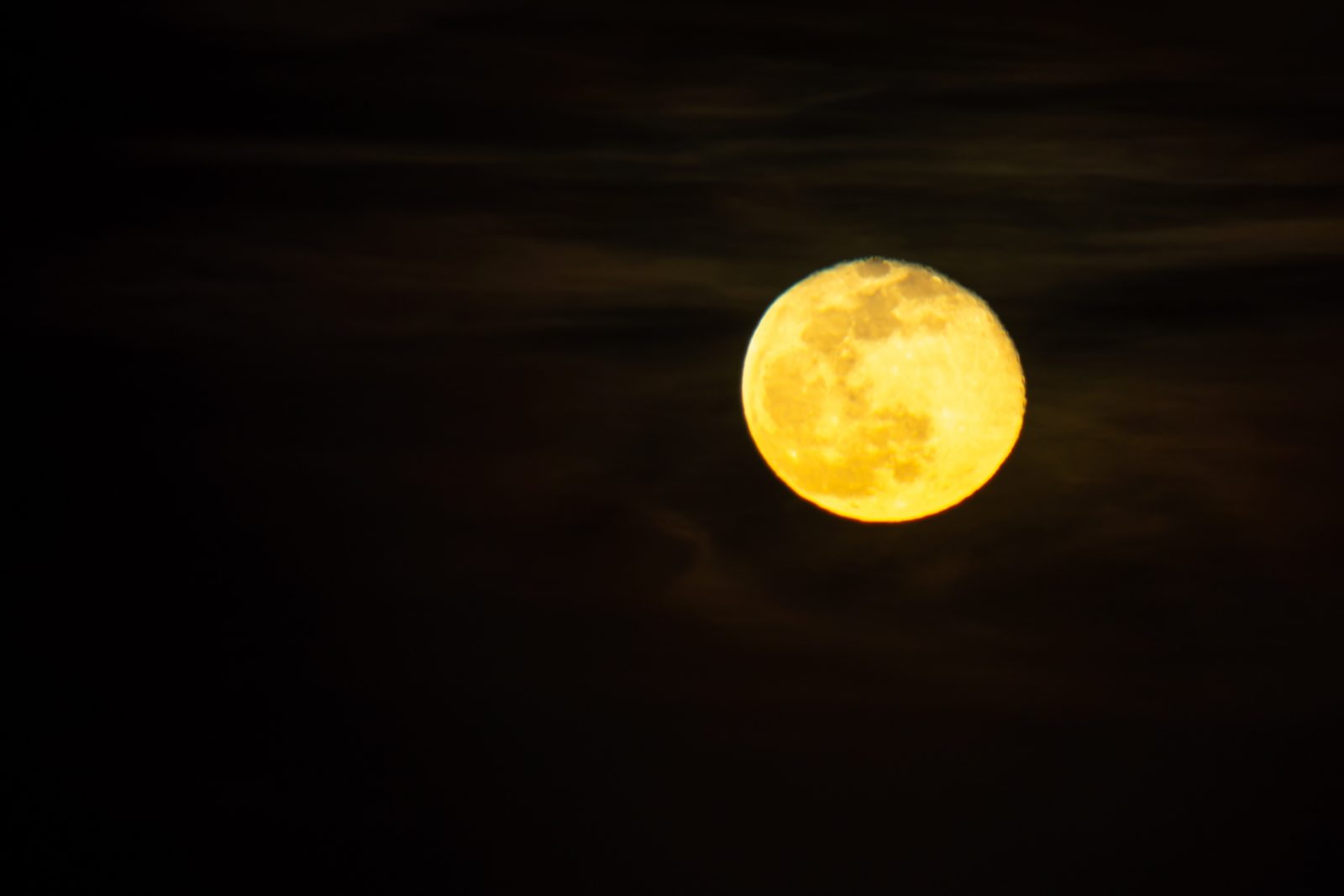 From my previous experiments, I had feared that the old Canon 100-300 was not going to deliver as sharp images as my other lenses. Moreover, I guess using the duplicator and the adapter doesn’t help at all. This, added to the fact that the lens is so long and heavy, that it was windy and that I had to focus manually makes me think that the result I got is not that bad.

Once I was on the top of the hill and I had a good chance to photograph La Sagrada Familia with a zoom lens, there is one more picture that I wanted to share in order to thank you reading until here. 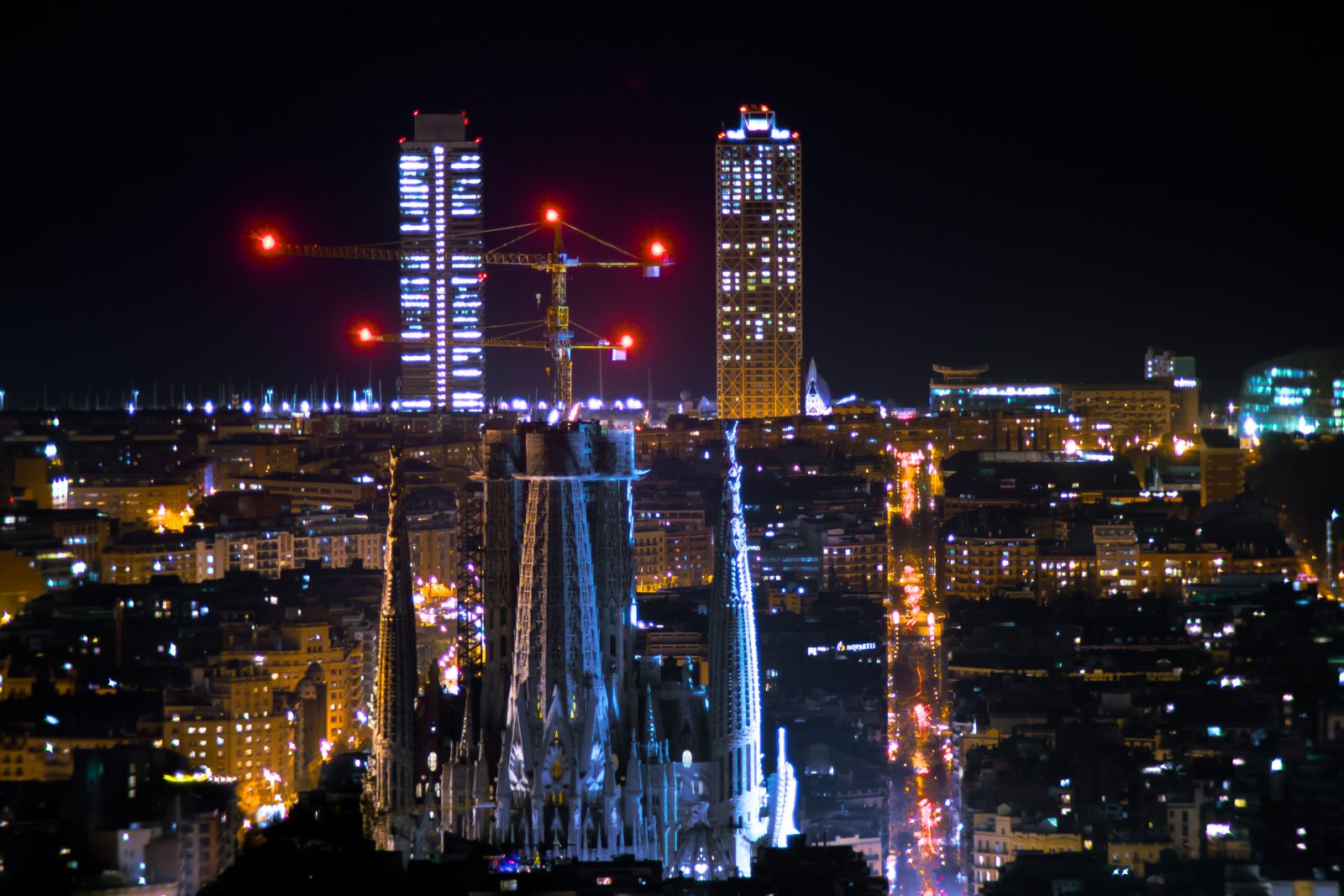 I hope my uncle is satisfied with my moon’s picture.

**Definitely I’ll give it another try, because when checking the pictures I realized there was still a lot of fog at that time.

A sharper picture of the moon is still to come in Part II.