Few months ago I remember having seen a video from Sean Tucker speaking about moral in photography, and specially in Street photography. I found it interesting, but honestly, didn’t give it much importance.

Time passed by and I continued taking pictures on the streets, without putting much effort in thinking what I was shooting. The only thing I did was to shoot and later check my pictures, looking for the best ones.

Of course I had some moral awareness at the time, but something made me change my point of view deeply. 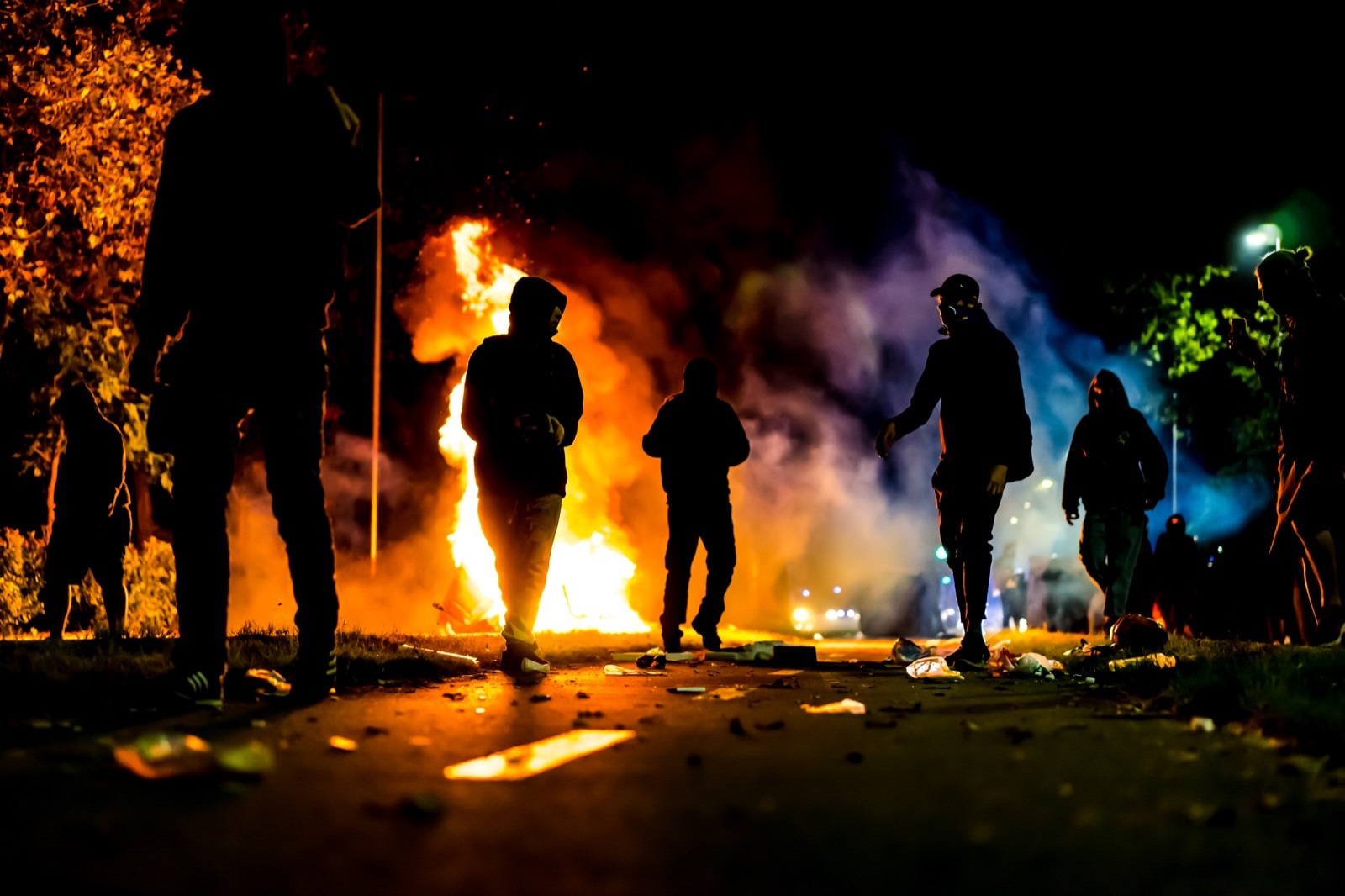 Taking pictures of people in some situation may lead to trouble for both parts.

The neighbourhood I live in in Barcelona is called Gracia, which means “grace” or “charm” in english. Not only on its name, but you can find it in the streets itself: there is a lot of people waking around, small and cozy bars everywhere and a lot going on in every corner. The neighbour associations are very known because of the “fiestas” they organise every august where streets are decorated simulating a movie, remote world regions or any theme.

One random Sunday that I was walking the streets with my camera, and there was a foam party in one of the squares (where most of the social life happens). As expected, most of the kids from the area were playing on it, running, jumping and hiding from their observant parents. I thought it was a great idea to walk close to try some shots.

I found a spot between the foam sea and the line of adults, right in front the tower that rises in the middle of the square. Many kids where playing, and just in front of my, a little girl was sitting on the warm snow. I crouched down and shot a picture with my 24mm, capturing the little girl surrounded by the white foam with the huge tower just behind. The white atmosphere, with the slim tower against the light of the bright sky produced a very high contrast image, like the ones I love. As I had to shot without looking from the viewfinder, I checked my picture but the framing wasn’t very good. I had cut the top of the tower and the girl wasn’t in the right place, so I waited few seconds and tried another couple of shots.

Suddenly, I felt a couple of taps in my shoulder. Ops! It was her mom, of course, upset with my behaviour. She was calm but for sure angry, and told me that she was not there to be photographed, that was not an actress or a model. She feared her daughter’s picture to be randomly posted on the internet and argued that she (her daughter) would not be able to do anything against it, as she was just a kid.

She was absolutely right.

I was asked to delete the pictures, and I did so, right in front of her. This episode made me think a lot about moral and ethics in photography, and since then, I’ve changed my mentality in some way. Since then, I’ve stablished some rules that I try not to break, mainly based on the respect and the integrity of other people, that most of the time I photograph without their permission.

To finish, I wanted to do an experiment with this post. If you have read it until here, it means you found something interesting on it and I’d be very glad of it. Because of that, if you fulfil the following form, I commit to send you a random print of one of my pictures (10x15cm) without any cost for you (unless international shipping cost are too high hahah).

Many thanks, once again, for reading.