The MHM or the Menstrual Hygiene Management project was in my opinion one of the most ambitious the foundation was working at the at the time I arrived in Ethiopia. The topic itself, the social situation and the main target of the activities made the initiative a complex challenge.

Additionally, it was a woman who was in charge of the project from the foundation’s side, which added an extra complexity to the whole puzzle. Ethiopian society, even though it could be taken as a referent in some other areas – as the religious coexistence – it’s still one step behind when speaking about gender equality, which could be noticed in this situation when carrying out the management and decision making of the project. 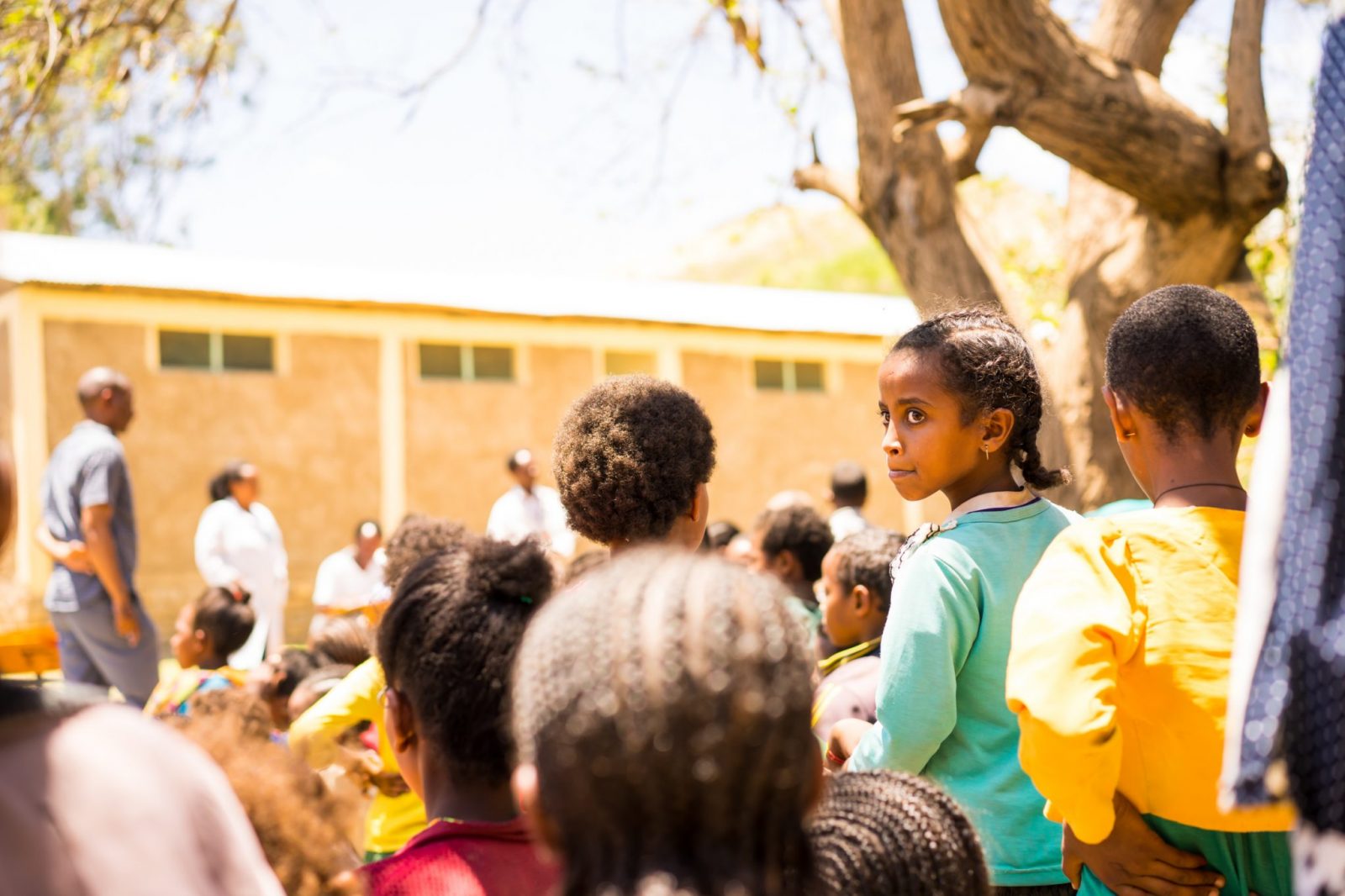 The objective of the project was the improvement in the menstrual hygienic conditions of the girls in 10 schools in the north of Ethiopia, in the Tigray area. The main activities that were carried out the last few months were trainings about menstruation and hygiene, not only for the children, but also for the teaching team, which in its majority is composed by women.

One of the most important areas to work in was the sensitization, as in a rural area like the one in the Tigray the myths, beliefs and fears are strengthen making many times women ashamed, feel guilty or simply not allowed to perform some activities during the menstrual period. In parallel to all this work, the girls received practical workshops to learn how to create their own hygienic materials and guidelines were given in order to try to reduce infections and diseases. The ultimate aim of all this activities were to normalize and naturalize menstruation among the participants of the community.

In Ethiopia women are not allowed in the churches during the menstruation period.

I met Ana as soon as I arrived in Ethiopia. After landing and meeting David, we went to have lunch to a place where we were able to taste the most popular dish in the area, the Injera. Ana was in charge of the MHM project from the foundation’s side. She had already spent around 5 months in Ethiopia and was in the last weeks of her stay, fine-tuning the closure of the project and to come back home afterwards.

They coordinated my arrival with this phase of the project, so I’d be able to join Ana in the festivals they were organizing as closure events for the MHM project in the schools, which were about to be celebrated in the 28th of May, the international day of the menstrual hygiene. 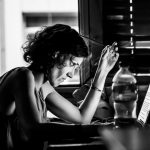 “The event in the schools was used to bring the topic to the table and speak about menstrual hygiene with the students. For example, in the Damaino school, the students made a scene where there was a girl that got the menarche during a class. They also read poesy wrote by the girls about the menstruation and in the Grahutsa school, the girl’s club showed how different panty and sanitary napkins, produced by themselfes, should be used.” 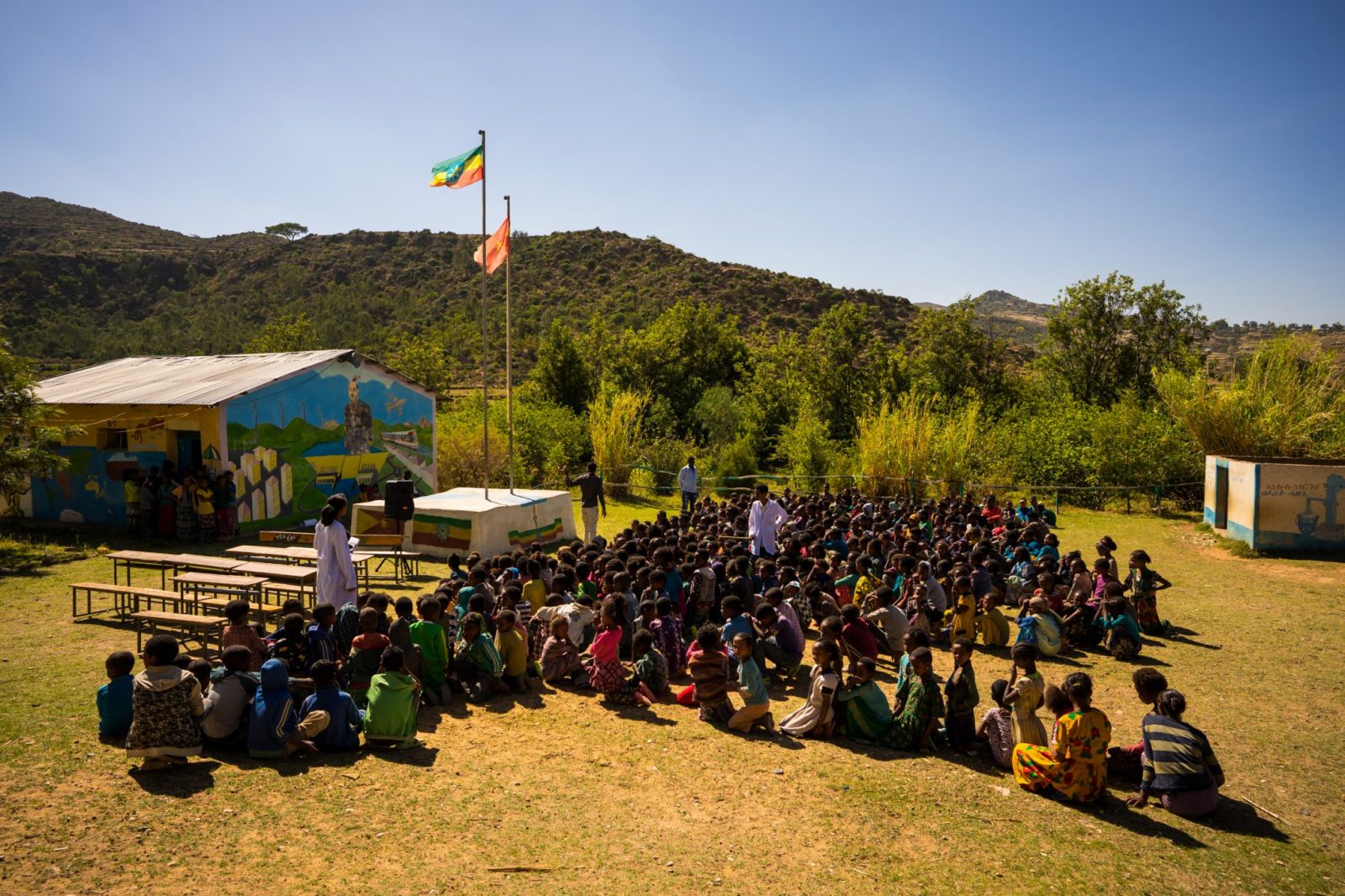 Among with the people in charge of the local NGO called REST and in a 4×4 truck we visited the schools of Damaino and Grahutsa, in the outskirts of Wukro. The aim of the visit was to attend the parties they organized as the closure event of the MHM project. The schools, that were relatively far from the main roads and with no easy access, were in a riverbank area surrounded by a quite dense vegetation, a landscape that I would have never imagined when speaking about Ethiopia. I was also surprised by the amenities, because even though the infraestructures were quite basic, they were very clean, decorated with colorfully painted walls and all of them had a fresh water well – a key resource to keep a minimum of hygiene and quality and a requisite that was defined as mandatory for the schools in order to be able to carry out the MHM project. 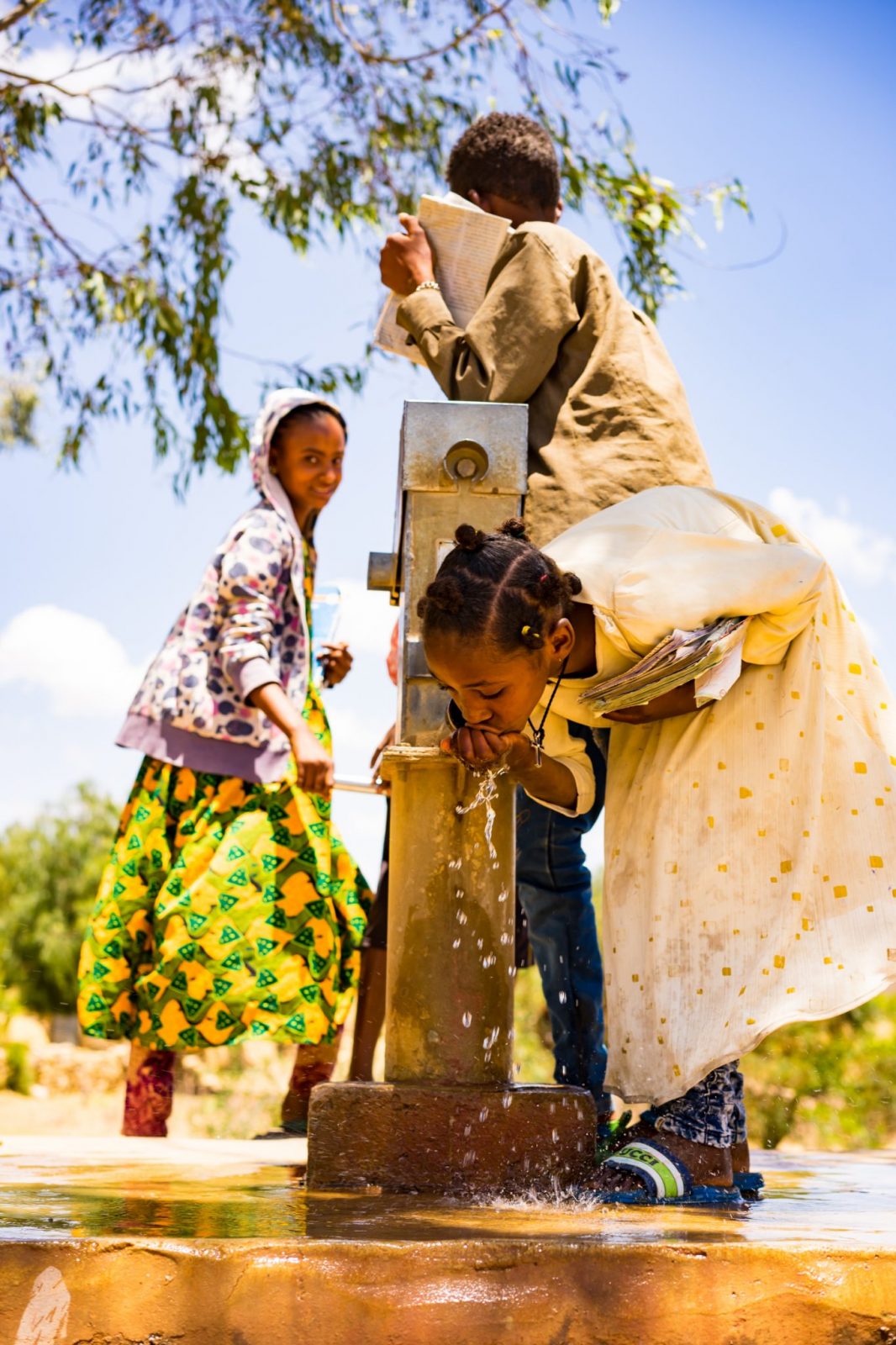 The way the schools approached our visit was very different from one to the other. In the one we first visited, in Damaino, the students came out to the playground in an almost military way, making lines according to their age and under the watchful eye of the teachers, that evidently did not allow them to get closer or play with us. In Grahutsa, however, the experience was completely different. Just after our arrival, the children went out for the playtime and we could spend a very good time with them. We shared laughs, some questions and answers and few races in the court before starting the activities.

After the performances were finished, we were able to visit some of the “MHM rooms” that they had prepared with different materials (sanitary napkins, informative posters, contraconceptives…) and that were exclusive for the girls. The objective of these rooms is for the girls to have a safe and reliable place where they can change clothes, clean up or just rest. This is an initiative of the ministry of health of Ethiopia and was included as part of the MHM projects. 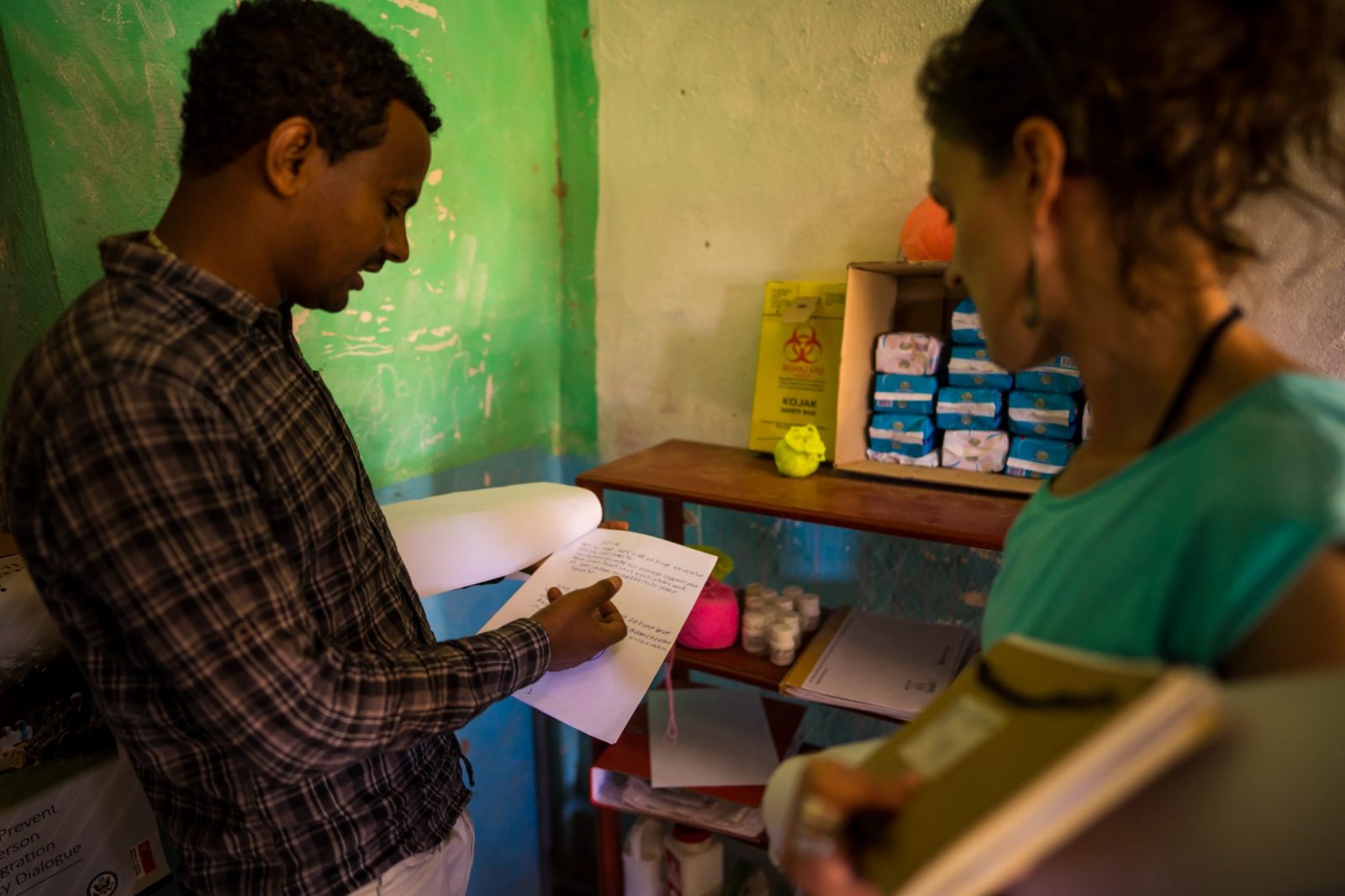 The performed activities had two main parts. The first one, were the directors and teachers of the schools gave a speech to the students, and a second one, where the students themselves acted or represented scenes related to the MHM topic. We were also able to see some teachers, along with the nervous laughs of the kids, show how a sanitary napkin should be placed, which is a situation that shows how some topics that in the past would have been complicated to speak about are staring to be normalised.

Besides all these activities and as part of the project, the Etiopia Utopia foundation provided materials and all the required equipment in order to prepare these MHM rooms. From the foundation this project is seen as a base point in order to keep working with all the involved parts of the community (children, women, parents and community leaders) on the sensitization and normalization of the topic, safeguarding the young – specially girsl – people and improving their living conditions. 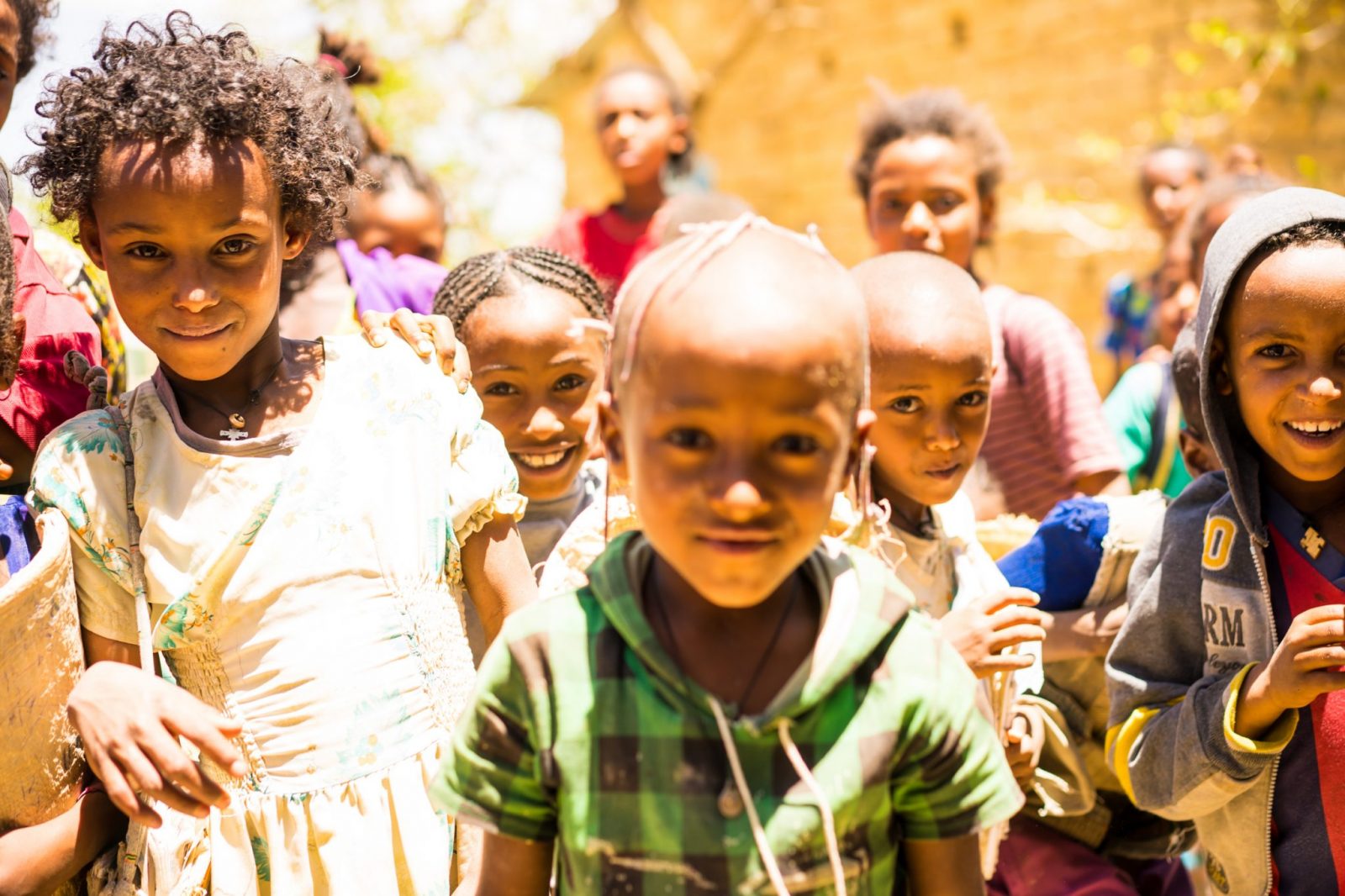 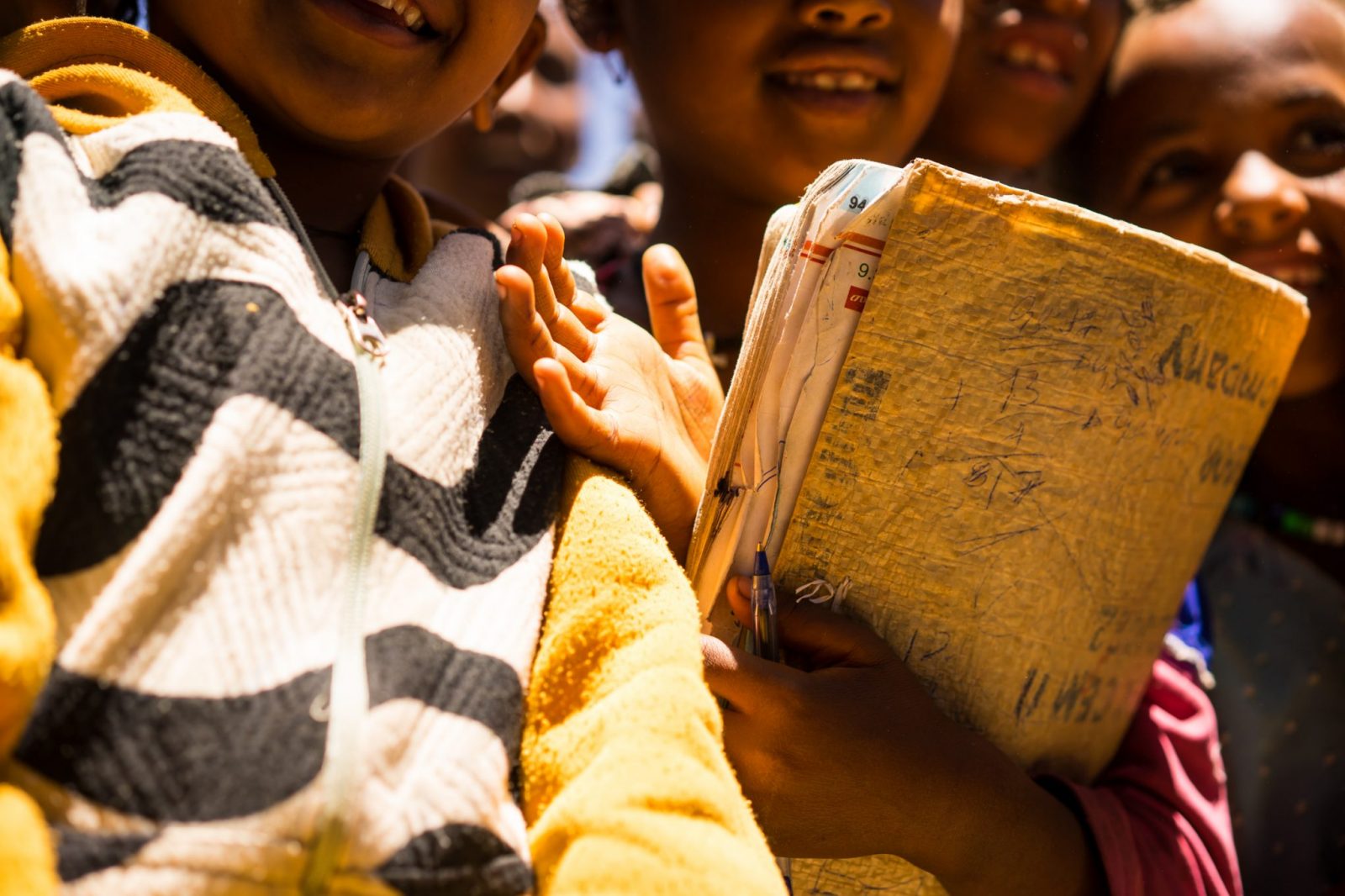 No doubts it was a project from which I could get a lot, seeing realities that even we think are very far from us, many times are much closer than we expect. An experience that I enjoyed a lot but that was very useful to think about and be more conscious.

I also wanted to thank Ana for all the experiences, her knowledge and her help in writing this post. Many thanks Ana!