MY VISIT TO CHERNOBYL

Many times I have mentioned in my posts how I enjoy traveling alone, but lately I have spent perhaps too much time in airports, foreign countries and far from my friends and family.

For the last weekend, my plan was to fly to Ukraine to visit Kyiv and Chernobyl. The fact that I’ve been thinking and reading about this huge catastrophe, the biggest nuclear accident in the history, added that I was deeply feeling homesick made me think about and realize how important is to take care of your inner circle relations.

Being in this mood, I woke up at 6:45am for the 12th day in a row in order to reach in time the meeting point for the day-trip to Chernobyl. Even I could have an idea of what happened there, I was told that the Ucranian (SSR) government at that time tried to minimise the international impact of the severe consequences of the accident and after what I learnt in the trip I can confirm so. 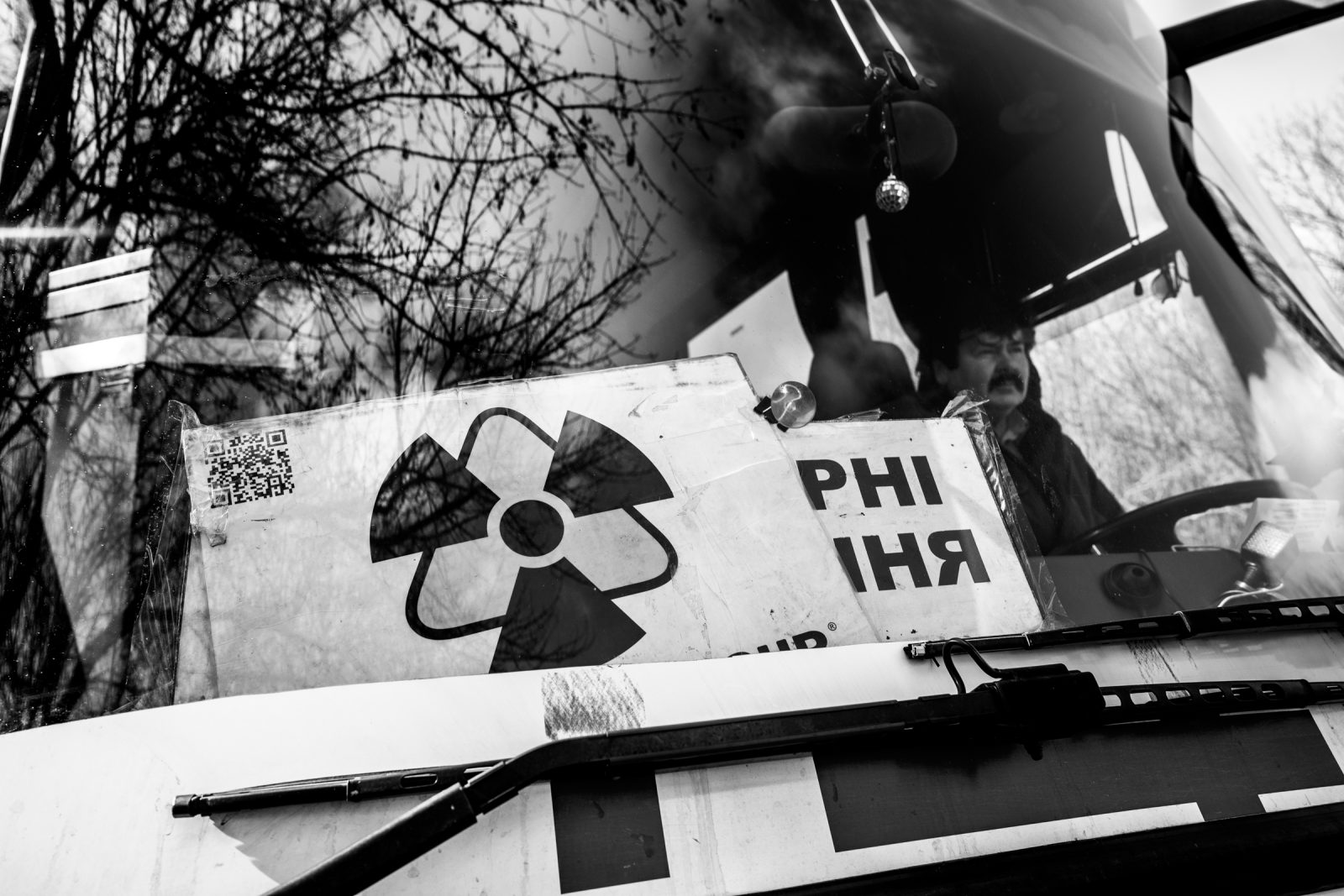 During the bus ride I few questions where wondering in my mind: What was I doing there? Was that actually something interesting to see? Was I there just for the pictures? Or just to have a story to tell? If life has taught me something lately is that there are some questions that do not have an answer and these are, for sure, some of them.

Did you see the HBO series? I haven’t, so let me share my own experience.

Chernobyl’s exclusion area is divided in two zones: The 30km buffer and the inner 10km zone. There are controls to go in and out of these “borders” and they would not go out if you bring too much radioactivity with you. Main roads and pavements have been cleaned and there the radioactivity levels are quite normal, but in the forest and some specific hot-spots it can still go pretty high. 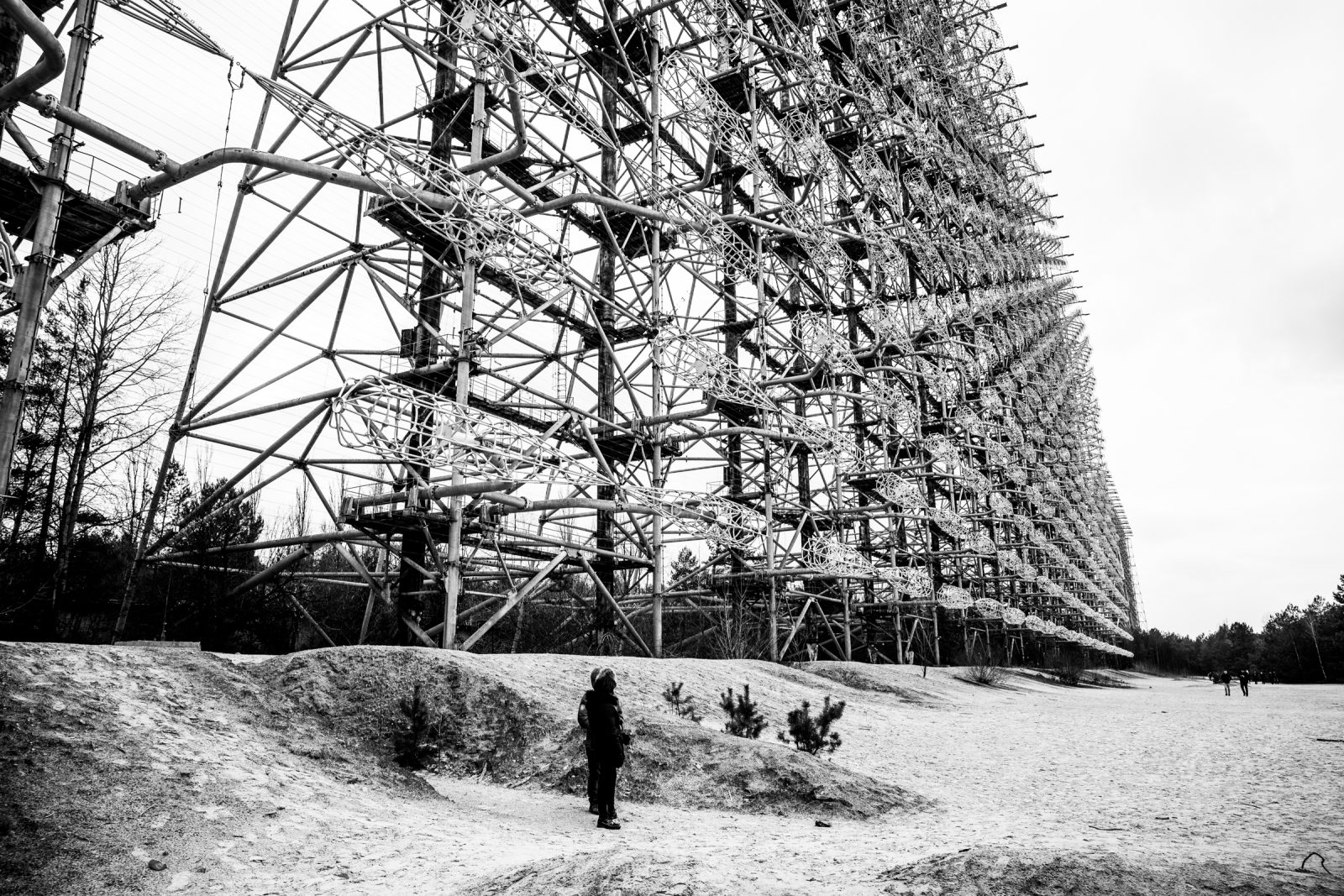 Even Chernobyl is the most known city because of the accident, the fact is that it was in Pripyat where all the nuclear plant workers lived. Around 50.000 people were evacuated in 2 hours from this city the day after the explosion and it is the most iconic “ghost city” of the whole story. Being part of the Soviet Union at that time it was one of the best places to live in, as from the wealth the power plant produced it had amenities that any other city with similar dimensions in the communist countries did not have: an amusement park, a stadium and an a pool. Also, the guides explained, that one of the first supermarkets in the Soviet Union was opened here. 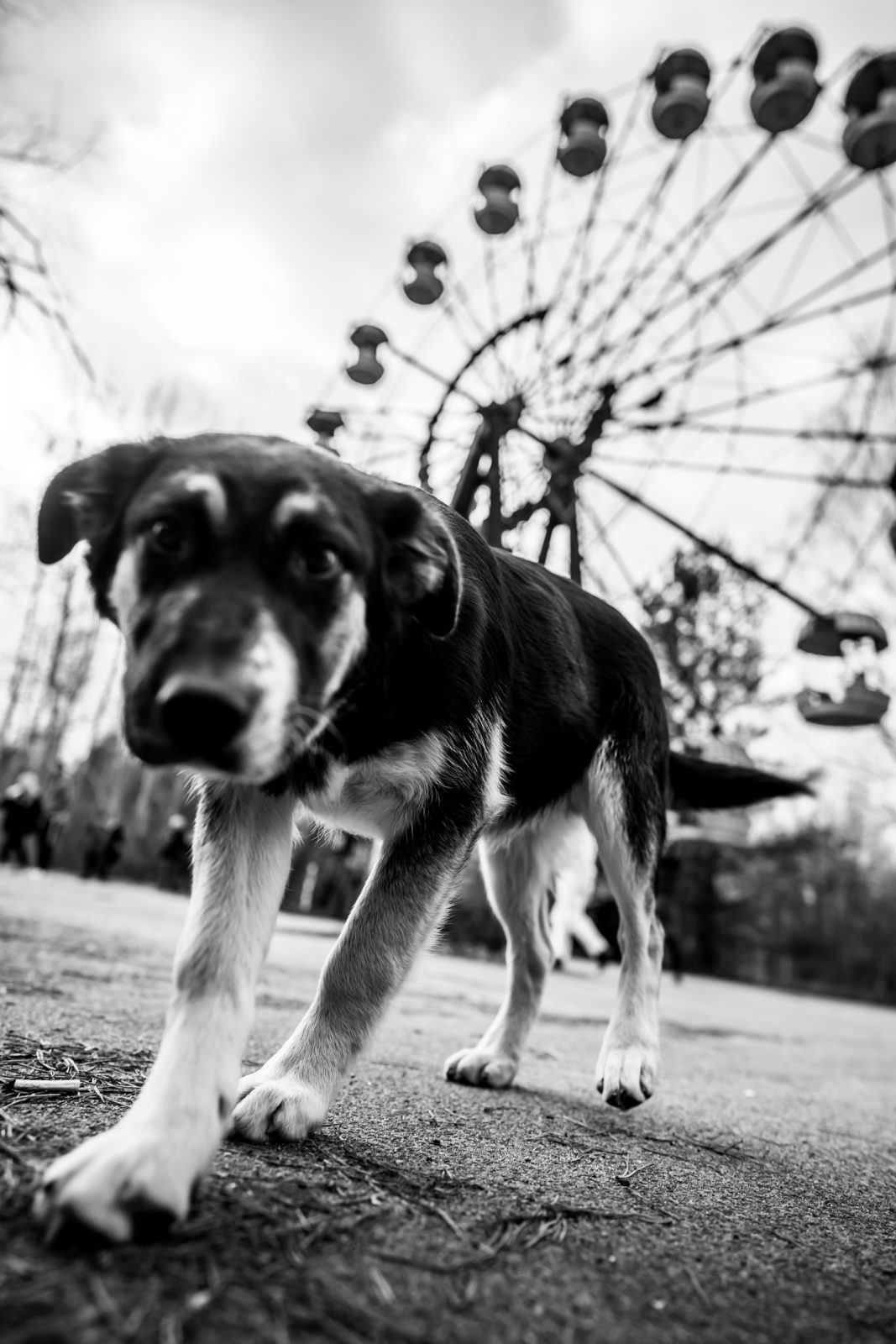 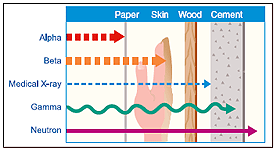 “Radiation is energy given off by matter in the form of rays or high-speed particles.” … “The nucleus carries a positive electrical charge, while the electrons carry a negative electrical charge. These forces within the atom work toward a strong, stable balance by getting rid of excess atomic energy (radioactivity). In that process, unstable nuclei may emit a quantity of energy, and this spontaneous emission is what we call radiation.“

You may be wondering if all that radioactivity I received could affect my health; so did I before (and while) visiting Chernobyl. The “invisible enemy” is a very feared threat, as it is a silent and inperceptible. 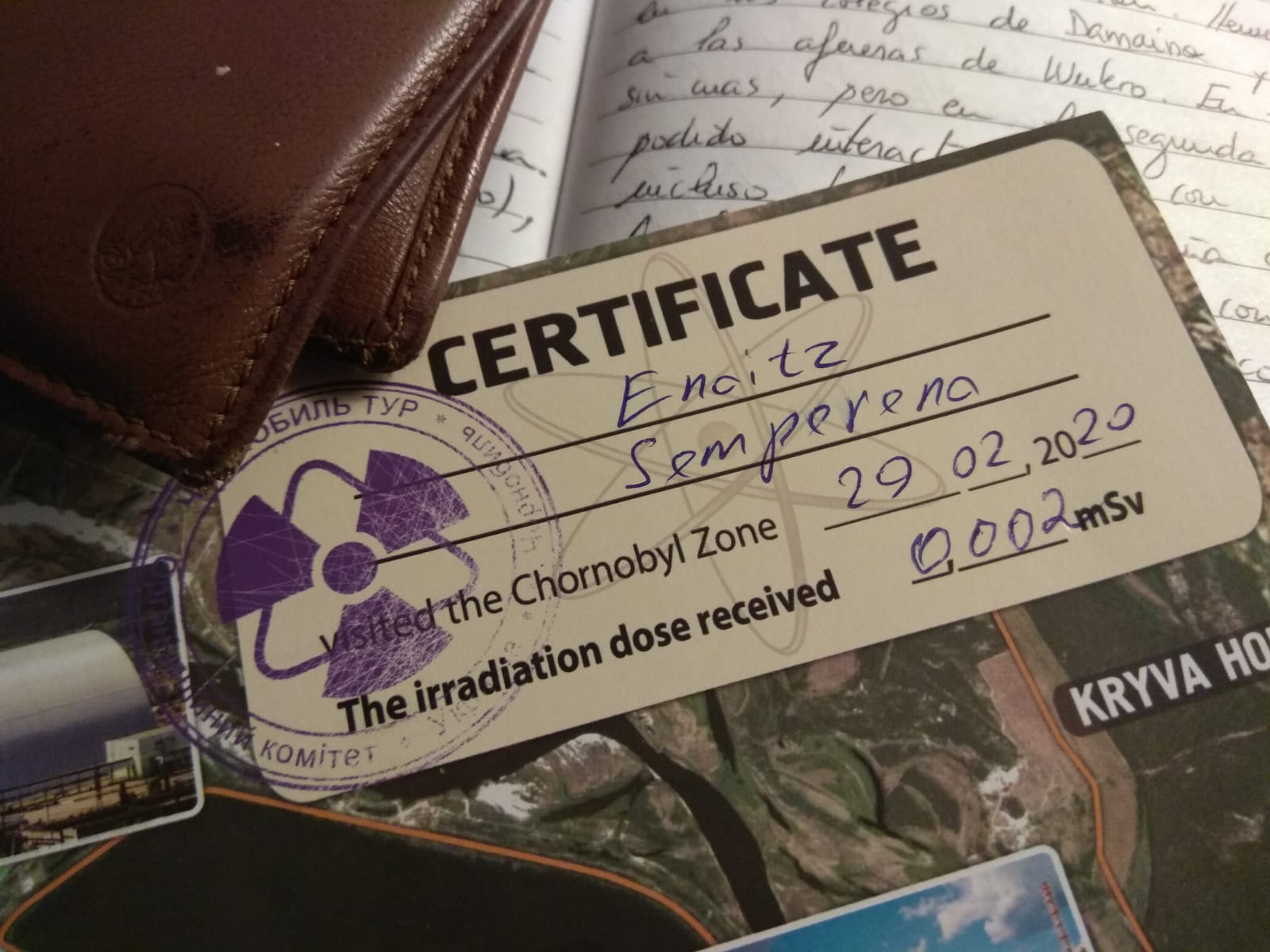 This are the radioactivity amounts you would receive in different situations: 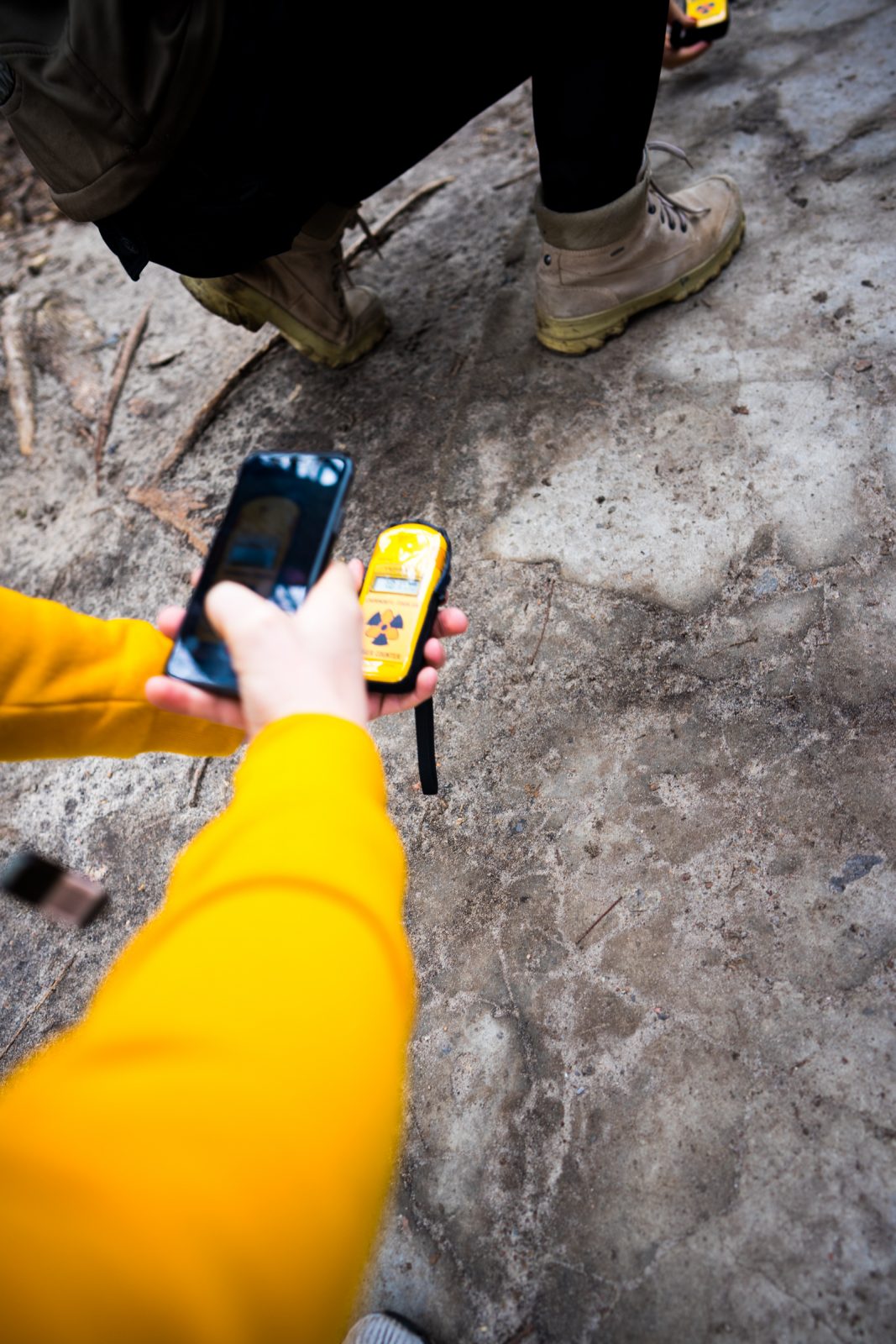 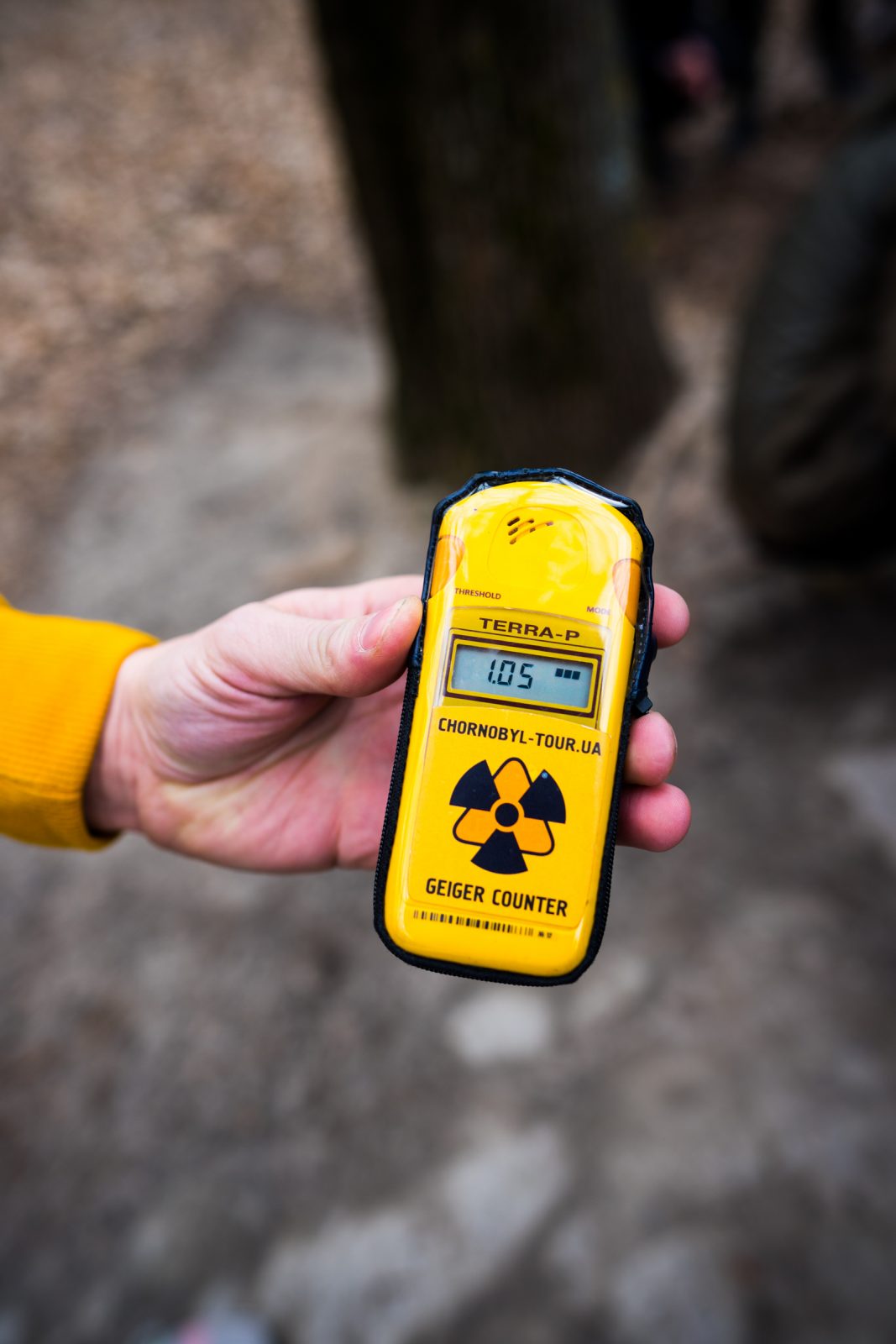 Then, even the sensation of being in the exclusion zone is definitely thrilling, the fact is that the area is pretty safe if you follow the basic guidelines. 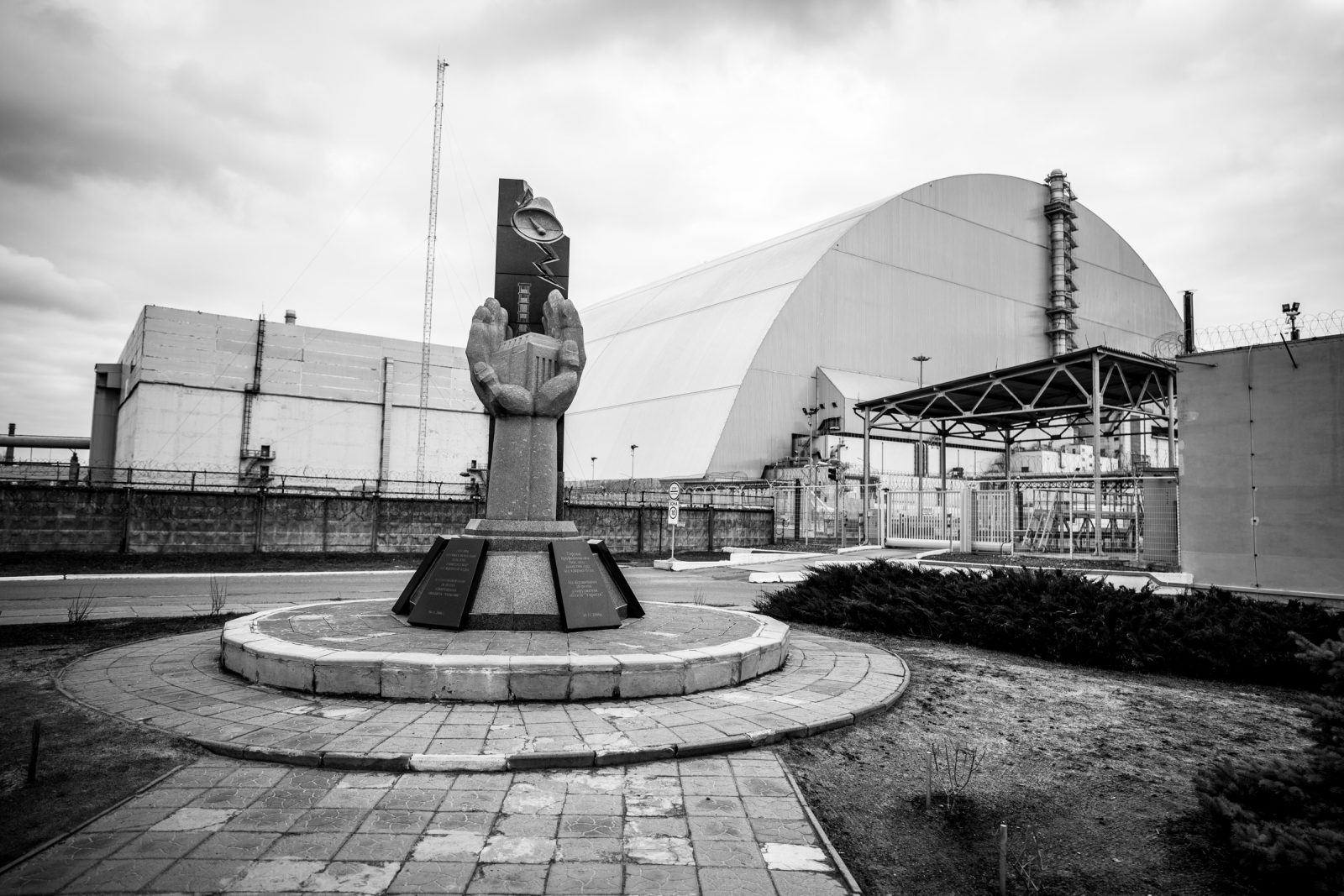 Now, flying back to Barcelona, I’m looking forward to meet my friends and spend time with them, slowing down a little bit and recovering energies for the yet unplanned but for sure upcoming future travels.

Found it interesting? Thanks for reading!!

A colaboration of Iraia Semperena, marine biologist and a passionate scuba and free diver.

⊛ Photography in times of Coronavirus

Can you practice street photography while in confinement during the Covid-19 crisis? Let's see!

My experience in the Menstrual Hygiene Management (MHM) project in Ethiopia.

Practice these 3 exercises at home to understand and master the basics of photography. Do you want to learn something new?

Last year I had the opportunity to visit Ethiopia while collaborating as a photographer with a small NGO called Etiopia Utopia. This is the presentation of this amazing project.